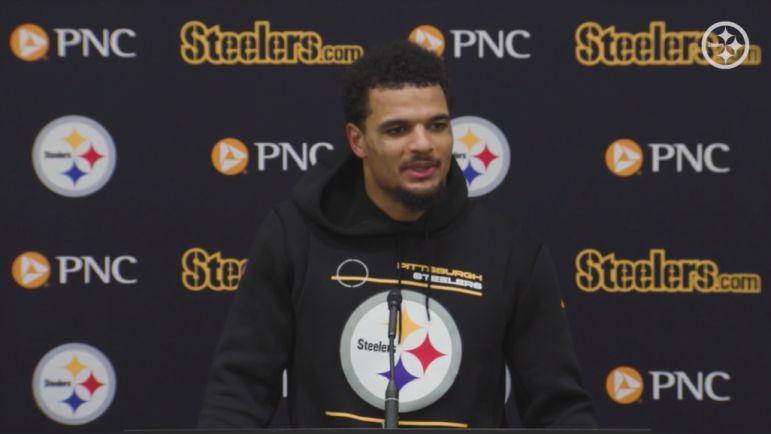 If the Pittsburgh Steelers want to hold up their end of the bargain to make the playoffs, they’ll need to clean up their act. After losing to the Cleveland Browns 29-17 in Week 3, Minkah Fitzpatrick knows the Steelers must play a more fundamental game. That’s what he said during a Friday press conference.

“We went back and watched it, I think yesterday or Wednesday,” Fitzpatrick said via Steelers.com. “We gotta play better football on the defensive side of the ball. We were playing sloppy. Bad eyes, bad feet, looking at the wrong things, missing tackles. It wasn’t our normal standard of football.”

In the first matchup, the Browns ran for 171 yards and a touchdown, easily winning the point of attack and controlling the clock, winning the time of possession battle 36:09 to the Steelers’ 23:51. That night, RB Nick Chubb led the way with 113 yards and a touchdown while the Browns took care of the football and generally played mistake free. Despite the run-heavy approach, QB Jacoby Brissett threw the ball 31 times, tossing a pair of touchdowns and being a steady presence.

But each team looks and is playing far different to close out the season. Pittsburgh has T.J. Watt back, losing him in Week 1 and still adjusting to playing without him in that first Browns’ contest. Watt will suit up for this one and have a tasty matchup. With RT Jack Conklin sitting out due to injury, Watt is expected to face second-year James Hudson, who he torched for several sacks last year. Hudson’s a better player this year but it’s still a favorable matchup for Watt.

The Browns have new faces, too. This will be the Steelers first game against Deshaun Watson since being traded over to Cleveland. He’s looked rusty after sitting out for two seasons but played his best football in the second half of Week 17’s win over the Washington Commanders, throwing three 2nd half touchdowns last Sunday.

This time around, the Steelers have no margin for error. They must win this game and get help from the Buffalo Bills and New York Jets to make the postseason. Meaning, even if the Steelers win, their spot in the playoffs isn’t assured. If for whatever reason Pittsburgh doesn’t advance, they’ll look back on at least one loss to the Browns, and potentially two, as big reasons why they’d be sitting at home.