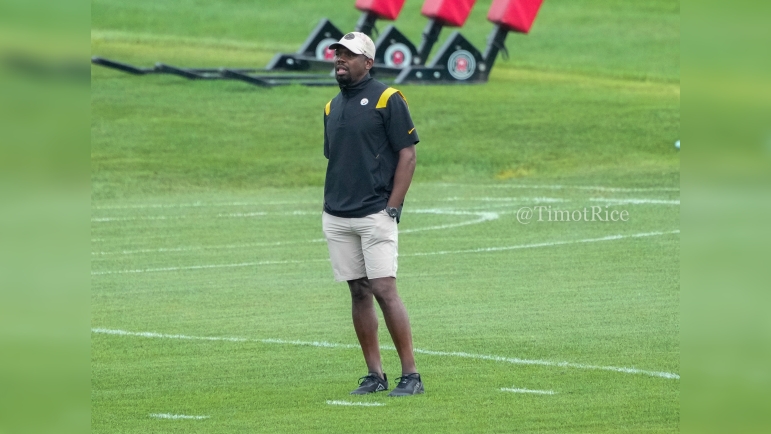 With a new format for this year’s Senior Bowl (coaches selected by position, not full team staffs), #Steelers secondary coach Grady Brown will be defensive coordinator for National team. Only 2 years at the NFL level but Brown’s work (18 INTs for his DBs this year) being noticed.

Brown has worked with the Steelers’ defensive backs for the past two years and took over as the team’s primary DBs coach when Teryl Austin was promoted to Steelers’ DC for the 2022 season. Prior to Pittsburgh, Brown had worked extensively in college and may even still have a relationship with some of the prospects playing in the game. Brown had initially just taken a job with the NCAA’s Houston Cougars before being hired by the Steelers in February of 2021. He’s also spent time with South Carolina, Louisville, Southern Miss, LSU, Old Dominion, Texas Southern, and other schools as a well-traveled coach.

Before Pittsburgh, Brown had two NFL internships, one with the Kansas City Chiefs and the other with the Seattle Seahawks.

This year, the Steelers picked off 20 passes, tied for a league-high. The fact Brown is getting this recognition could mean him climbing the NFL ladder in the future as a potential defensive coordinator. At the time, Brown’s hire was regarded as an unknown and surprising one but Brown has worked well with the team. In mid-September, CB Levi Wallace praised Brown for having a takeaway mentality.

This year’s Senior Bowl will take place Saturday, February 4th. The Steelers Depot team will be there throughout the week to cover it. Full rosters have not yet been announced.