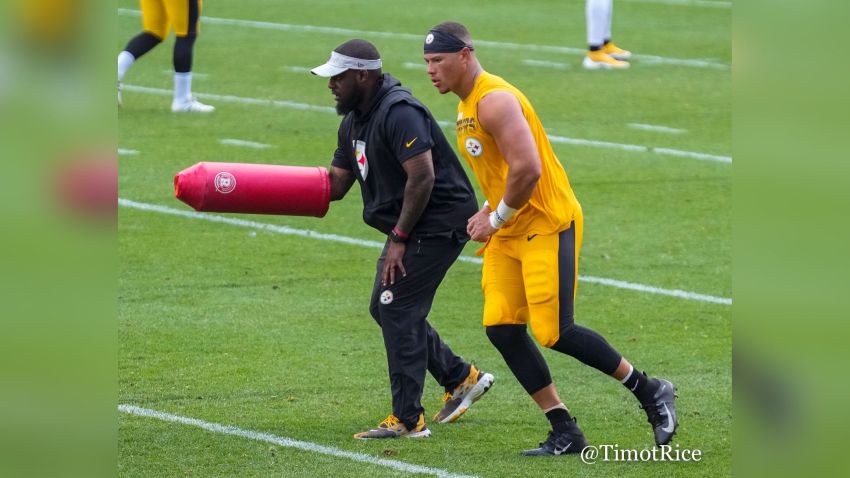 It appears that another assistant coach for the Pittsburgh Steelers will be getting an opportunity to coach in this year’s Senior Bowl.

It was announced just two days ago that Pittsburgh Steelers’ DBs Coach Grady Brown will serve as the defensive coordinator for this year’s Senior Bowl National Team. According to Dale Lolley of Steelers.com, Assistant Outside Linebackers Coach Denzel Martin will be joining Brown as the North Team’s outside linebackers coach.

This marks the first season where the Senior Bowl isn’t bringing full coaching staffs to coach the North and South squads but naming each position individually.

Denzel Martin just completed his third season as Pittsburgh’s assistant outside linebackers coach, after previously serving two seasons as a coaching assistant (2018-19) and two more as the Steelers’ scouting assistant (2016-17). He works alongside DL Coach Karl Dunbar who often coaches both the defensive line and the edge rushers.

Martin has been a key cog on the defensive staff for the last several seasons as Pittsburgh’s edge rushers including T.J. Watt, Alex Highsmith, and Bud Dupree when he was with the team back in 2020 have all produced at a high level. Highsmith particularly saw his play drastically improve on the field this season, posting 14.5 sacks in his third campaign as a pro.

While Dunbar, ILB Coach Jerry Olsavsky, and senior defensive assistant/ linebackers coach Brian Flores are more often-mentioned names on the coaching staff, Martin has done a lot to help the growth and development of Pittsburgh’s outside linebackers. He has been slowly climbing the ranks since he arrived with the team back in 2016 and now will get an opportunity to help coach and evaluate this draft’s premium talent at OLB here in a couple weeks.