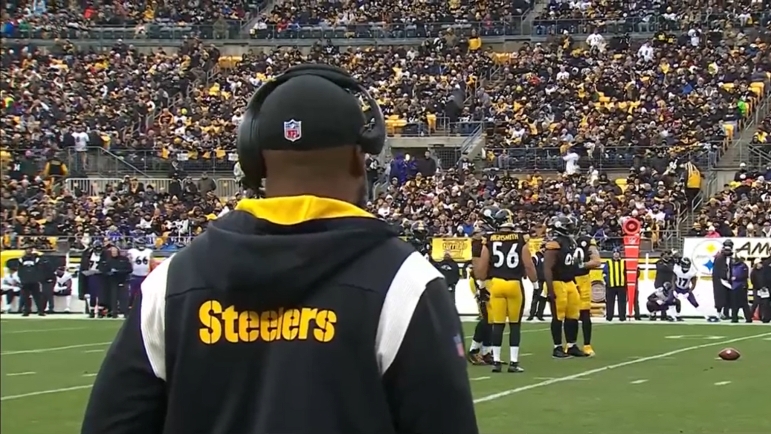 One of the great Mike Tomlin cliches—of many—is the Tomlinism, “We don’t live in our fears”. It’s the idea that you don’t decide against doing something simply because you’re afraid of what might happen if it doesn’t work out. It’s a statement about risk-taking, but doesn’t advocate for foolishness.

Because he says it often enough, however, it often gets pointed out—as I am now—whenever something comes up that indicates his decision-making skews in a conservative way. For the 2022 season, his choices on fourth down had the Steelers as among the most conservative teams in the NFL, according to Pro Football Focus.

Based on a year-end graph displaying each teams’ decision-making on fourth down, the Steelers were the fourth-most cautious team in the league when deciding to go four it on fourth down last year at roughly 10 percent. They had nearly the highest field goal attempt percentage as well at about 33 percent, and punted the rest of the time.

Only the Cincinnati Bengals, the New England Patriots, and the New Orleans Saints attempted to gain a first down on fourth down less frequently than did the Steelers last year, with the Cleveland Browns and Detroit Lions attempting to do so nearly a third of the time.

According to Pro Football Reference, the Steelers averaged 7.3 yards to go on their fourth-down plays on the season, which put them just outside the top 10 in terms of distance needed to move the chains on fourth-down plays. Their 130 fourth-down scenarios ranked squarely in the middle of the pack.

Their actual first down percentage on fourth down was just 8.5 percent, 10th-worst in the league, yet they did not rank high on punts or field goal attempts, either.

The Steelers attempted eight passes on fourth-down plays, completing four of them, all four completions resulting in a first down (all by Kenny Pickett) or a touchdown (by…Chase Claypool). They totaled seven rushing attempts, gaining the first down every time, with four by Pickett, two by Jaylen Warren, and one by Marcus Allen on a fake punt.

Of the 15 plays on which the Steelers did attempt to move the chains on fourth down, they averaged 3.9 yards to go on such plays, converting 73.3 percent of the time. While their average distance to gain was unremarkable (a bit higher than the median), their conversion rate ranked third in the NFL.

In other words, when they did assume the risk and go for it on fourth down, few were better at getting the job done. The Steelers also had the best third-down conversion rate in the NFL after the bye week. Yet they ranked just 27th in the NFL in fourth-down attempts.

No doubt Tomlin’s decision-making on fourth down was heavily influenced by a number of factors, including having a young offense prone to execution errors and great confidence in kicker Chris Boswell. The latter isn’t a popular sentiment right now given how the season went for him, but I’m sure that’s how Tomlin thought.