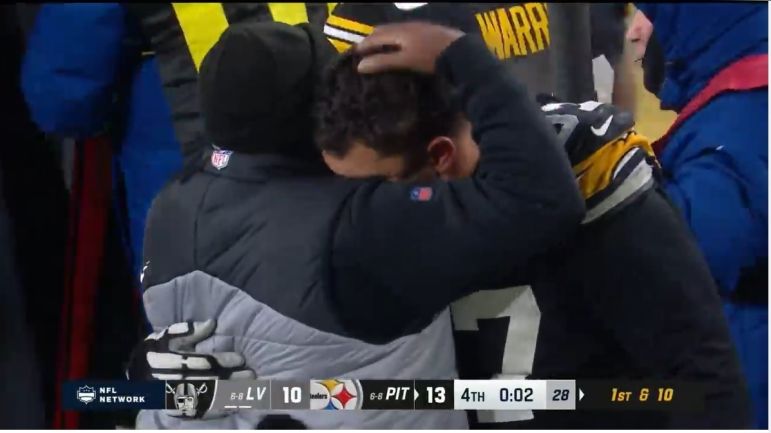 Entering the 2022 season, there was quite a bit of unknowns for the Pittsburgh Steelers coming off of an offseason filled with change.

From losing quarterback Ben Roethlisberger to retirement after 18 seasons at the helm, to watching longtime GM Kevin Colbert retire after 22 seasons in charge of the Steelers, the organization saw a lot of turnover in the front office and on the field.

Overall, the roster seemed a bit light in key areas, and plenty of questions were left unanswered entering the season. Then, the Steelers got off to a 2-6 start entering the Week 9 bye and later found themselves at 3-7 following a Week 11 loss to the Cincinnati Bengals.

Pittsburgh was essentially down and out in what looked like a relatively lost season. Then, the black and gold rallied under the direction of head coach Mike Tomlin, finishing 9-8 and remaining in playoff contention on the final week of the season, only missing the postseason due to the Miami Dolphins’ win over the New York Jets to keep the Steelers out.

The win over Cleveland in the final week of the season extended Tomlin’s non-losing seasons streak to 16 seasons, the most ever to start a career, much to the chagrin of many within the Steelers fanbase and among Steelers media members.

Closing the season in the style that the Steelers did with the roster as currently structured, along with losing a key piece like star outside linebacker T.J. Watt for seven games, and transitioning to a rookie quarterback in Week 4 and living through the growing pains, one could make a serious argument the 2022 season was Tomlin’s best coaching job yet — even better than the 2019 season in which he got the Steelers to 8-8 on the year, including an 8-5 mark before faltering down the stretch with Duck Hodges and Mason Rudolph under center for all but six quarters of the season due to Roethlisberger’s elbow injury.

Team captain and All-Pro defensive tackle Cameron Heyward certainly believes the 2022 coaching job by Tomlin is up there for the best ever in his career. Appearing on his latest podcast episode of “Not Just Football w/ Cam Heyward” the Steelers team captain praised Tomlin, and remained rather puzzled that the Hall of Fame head coach still has not gotten any league-wide recognition as Coach of the Year in his career.

“It’s [Tomlin’s coaching job in 2022] all the way you look at it. It could be viewed as his best coaching job,” Heyward said to co-host Hayden Walsh, according to video via the NFL on ESPN YouTube page. “I think, you know, the year we went 11-0 to start the season, how does he not win the Coach of the Year in that is kinda insane. Like, Mike T[omlin] has never been recognized as the Coach of the Year.”

Tomlin even having this team in a position to have a winning record, let alone in playoff contention, entering Week 18 was a miracle, considering all the adversity the Steelers dealt with on and off the field in 2022.

When the chips were down and the ship was taking on water, Tomlin was that steadfast leader, never changing his message, constantly bringing energy and expectations to the facility daily, getting the team to buy in, work hard and turn things around. It very well might be his best coaching job ever in his career, and yet he won’t be recognized for it by many, inside the fanbase and from the national voters on the Coach of the Year award.

Even without the individual accolades that he deserves, Tomlin remains a great coach overall, one that has the utmost respect for his players, including Heyward.

“You start to think this dude has had some really good teams and gotten the best out of lot of good teams. Why has he not been recognized that?” Heyward said. “I know he’s not doing it for that [accolades], but I think he’s long overdue for every accolade, Hall of Fame, you name it, man. That dude gets the best out of his players.”

The 9-8 record might not be pretty and isn’t quite up to the lofty standards the franchise has set in the past, but there’s no denying Tomlin got the best out of his team in a transition season. We’ll see how they build off of it moving forward.