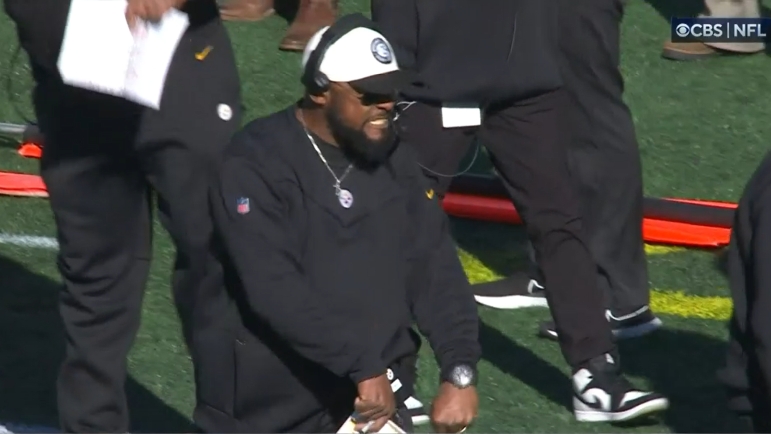 Let’s set the scene. The Pittsburgh Steelers just got blown out by the Philadelphia Eagles in Week 8 of the 2022 season, losing 35-13 and dropping to a 2-6 record right before their bye week. The team was projected to own a top five pick in the 2023 NFL Draft for the first time in decades as the entire team looked pitiful in the first half of the season.

The offense went over 20 points just one time in the first eight games with the running game falling well below expectations this season while the offense failed to finish drives in the red zone and completely fizzle out altogether in the second half of games. The defense didn’t look much better as the run defense could get the opposition off the field in the second half to give their offense the ball back while the pass defense continually got gashed by opposing #1 WRs.

This team looked to be down-and-out, regardless of the continual statements coming out of the locker room about the team feeling like they were “so close” to putting it all together. It appeared as if Mike Tomlin was inevitably going to have his first losing season as head coach of the Pittsburgh Steelers as the roster looked overwhelmed against their opponents on a weekly basis.

However, instead of rolling over and dying, Tomlin stuck to his guns and kept his pursuit of winning football games despite his team’s terrible start. Now, coming off the heels of a second-consecutive comeback victory in the fourth quarter Sunday night against the Ravens, Tomlin is one win away from securing yet another winning season, and with some help from the Bills and the Jets next week, they can sneak into the playoffs after having less than a 1% chance to get in just a few weeks ago.

From 2-6 to 8-8 and beating the Ravens in Baltimore to keeping their playoff hopes alive and keeping the streak of never having a losing season in his Steelers coaching career intact.

But some of you are still hating on Mike Tomlin, right? #HereWeGo pic.twitter.com/dijuO4lHar

It was an improbable comeback for Pittsburgh who looked down for the count, but when you go back through Tomlin’s history as head coach of the Pittsburgh Steelers, you will see that he has managed to do this on several occasions.

They somehow snuck into the playoffs last season after starting 1-3 and having a poor offense that could generate big play consistently down the field. In 2019, Pittsburgh started the season 1-4 after losing Ben Roethlisberger to a season-ending elbow injury, by managed to battle back into the playoff hunt and just missed out of a Wildcard spot, finishing 8-8. Or go back to 2013 when the Steelers started the season 0-4 and reached the halfway point of the season at 2-6. They were projected to have a top five draft pick, but battled the second half of the season, going 6-2 the rest of the way and finished with an 8-8 record.

Don’t get me wrong, this team still has a long way to go to become a viable championship contender. QB Kenny Pickett needs to become more consistent throughout games and do a better job of finishing drives in the red zone. The offensive line needs to become more consistent in the running game at creating holes upfront while protecting Pickett in the pocket from some of the best pass rushes in the league. The pass defense needs to take a step forward in covering opposing #1 WRs and keep a lid on big plays down the field. The run defense can also take a step forward with improvement in the trenches as well as off-ball linebacker.

Still, while all these things can be true, it also is true that the Steelers have made the necessary plays to win close games down the stretch of the 2022 season. Mike Tomlin often says style points don’t matter and that this team’s business is winning, regardless of what that looks like. It might not have been pretty, but this team has done a lot of winning since the bye, going 6-2 since then point with a chance to lock up win #7 next week against the Cleveland Browns.

Mike Tomlin and the rest of the Steelers organization aren’t in the business of “accepting their fate” after a slow start just for better draft position. Tomlin has coached this team to show resiliency amid adversity and finish better than what their current roster would suggest would be a reasonable expectation for the season. The players took that message and ran with it, stating that they aren’t dead yet after a bad start to the year and that they feed off Tomlin’s mantra to show resiliency amid difficult circumstances.

Despite all of Tomlin’s faults as a coach, he has always been a good leader of men, and with one game remaining left in the 2022 regular season, Tomlin may very well pull off his most impressive feat yet by getting this team into the postseason.