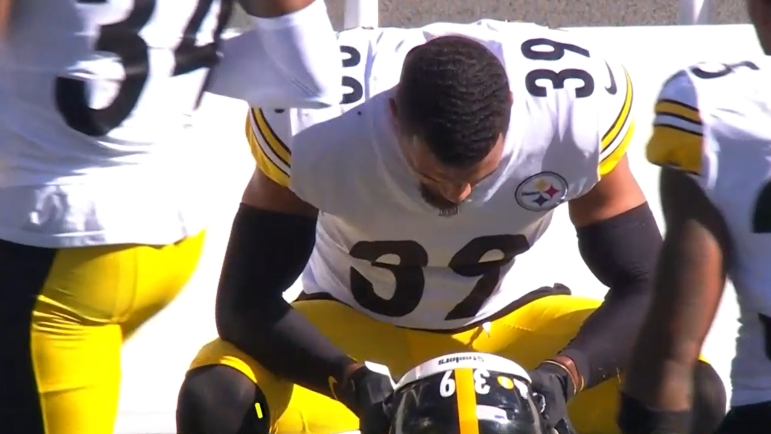 The National Football League announced their finalists for the various awards at the 2022 NFL honors this season on Good Morning Football Wednesday morning, listing the finalists for MVP, Coach of the Year, Rookie of the Year, and various other categories. No Pittsburgh Steelers made the cut as a finalist, leaving the likes of S Minkah Fitzpatrick, QB Kenny Pickett, and HC Mike Tomlin in the potential snub category after not receiving consideration.

However, Cody Benjamin of CBS Sports thought that Fitzpatrick was worthy of consideration for AP Defensive Player of the Year, naming him one of the snubs in their recent piece highlighting the finalists nominated, predictions on the winner in each category, and snubs from the finalist list.

“Fitzpatrick was a clutch playmaker during the Steelers’ strong finish, tying for the NFL lead with six picks,” Cody Benjamin said regarding Minkah Fitzpatrick being left off the list of finalists.

Minkah Fitzpatrick had himself a heck of a season with six INTs (one returned for a TD) along with 94 tackles, 11 PBUs, and a blocked PAT to send Pittsburgh to overtime Week 1 against the Bengals. He stepped up in a big way when T.J. Watt got hurt at the beginning of the year, becoming more of a vocal and emotional leader for the defense. He made game-sealing INTs against the Falcons as well as crucial picks against the Raiders and Ravens down the stretch to help Pittsburgh battle back from obscurity to finish the season with a winning record in 2022 after starting the season 2-6.

Still, Micah Parsons, Chris Jones, and Nick Bosa all posted double-digit sacks and TFLs, playing for teams that did more on the brightest stage as their teams made the postseason. Fitzpatrick doesn’t benefit from playing on a playoff contending team and plays a less sexy position as pass rushers normally dominate to vote due to high sack numbers. Still, Fitzpatrick’s impact didn’t go unnoticed as he was named a first team All-Pro and Pro Bowler in 2022. Hopefully with an improved defense and better overall team in 2023, Fitzpatrick will have a better opportunity to present his case to be a finalist for DPOY, and honor he certainly is deserving of at some point in his career.

BLOCKED. WHAT A GAME.@minkfitz_21 said NOPE!