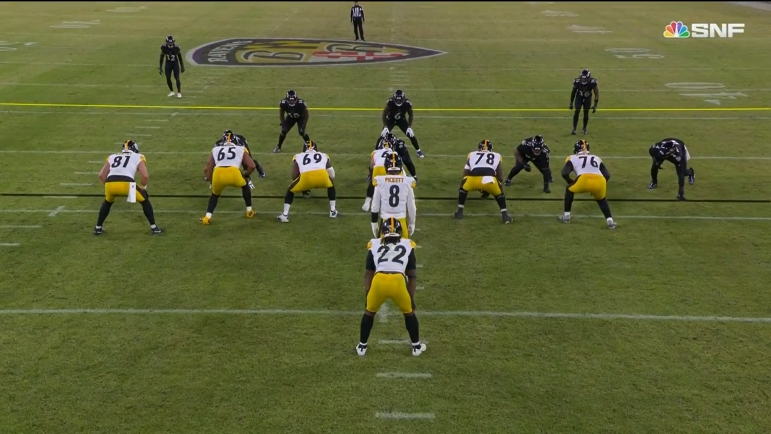 There are certain things that the Pittsburgh Steelers offense has done increasingly well over the course of the season. Running the ball is a big one, for example. They rank eighth in the NFL in rushing yards over all teams’ second halves.

They rank second in the NFL over that span in third-down conversion rate. They’ve been excellent in protecting the football, minus Mitch Trubisky’s aberrational three-pick relief appearance. They have carried out extended drives with increasing consistency.

These are all the things the other side of the team is noticing when they’re watching from the sidelines. And they’ve had the opportunity to do so quite a bit, the defenders have, as Pittsburgh also ranks third in the league in the same span in time of possession

“I think the offense has done a great job all year, not just finishing games off, but possessing the ball throughout the game, coming up with so many big, clutch third-down plays throughout the season”, veteran inside linebacker Robert Spillane said via the team’s website yesterday. “We have a young offense and they’ve just shown continued growth throughout the season, so we’re excited about it”.

The offense, of course, is full of young players who have been added to the mix over the past three years. As starters, for example, it features rookie quarterback Kenny Pickett and wide receiver George Pickens, with second-year running back Najee Harris, tight end Pat Freiermuth, and right tackle Dan Moore Jr., along with left guard Kevin Dotson in his third season and wide receiver Diontae Johnson in his fourth. Fifth-year center Mason Cole, acquired as a free agent, is the oldest starter at 26 years old.

And speaking of Cole, he is also a part of the new mix, having only been acquired in 2022. He joined the team alongside James Daniels, the right guard, as high-priority free agents, plugging into a new-look offensive line.

There were many reasons to expect that this offense would need some time to actually come into its own. After all, they were about to play full-time without future Hall of Fame quarterback Ben Roethlisberger for the first time in 18 years.

For all the progress that has been made, however, there’s still a long way to go. They have shown some very worthwhile traits, including however you want to quantify ‘clutch’, with four of their six post-bye weeks coming via a fourth-quarter game-winning drive, but ultimately, they need to score more frequently. Much more frequently. Including settling for fewer field goals.

The Steelers rank 29th in scoring in the NFL this season at 17.5 points per game, their third-lowest average for a season since the advent of the 16-game schedule (now of course 17, but this is on a per-game basis). It feels incredibly odd to say, but if only this offense can find a way to score more often, it can be really good. It’s the one key thing they’re missing, outside of more splash plays.