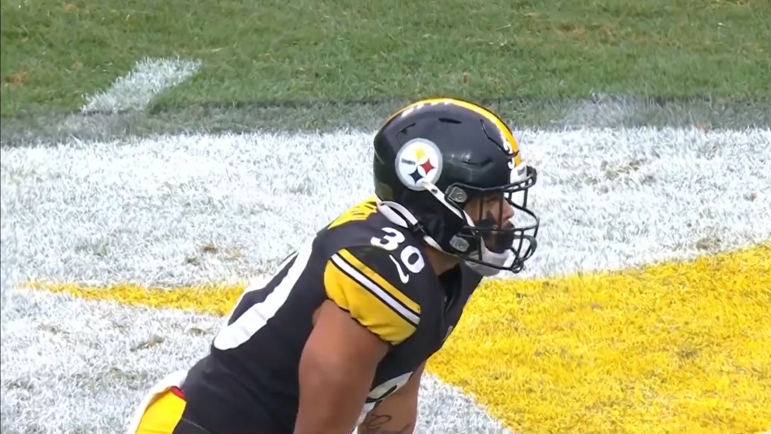 How good was Jaylen Warren’s rookie season? By Pittsburgh’s standards, especially for an undrafted player, it was pretty remarkable.

No, his overall numbers of 379 yards rushing, 28 receptions, 214 yards receiving doesn’t look all that gaudy. But put into the context of being an undrafted player fighting for his roster spot all summer, it starts looking a lot more impressive.

In Steelers’ history, and they’ve been playing football since 1933, Warren’s 379 yards rushing are the second-most of any undrafted rookie. The only player to ever rush for more was Warren Heller in 1934 who rushed for 528. And really, Jaylen Warren should hold the top spot considering in 1934, there was no NFL draft. That wouldn’t exist until 1936. So Heller and every other rookie was, by default, undrafted.

Technicalities aside, Warren’s rushing mark is rare for someone on his shoes. The same can be said about what he did as a receiver. Benefitting from third down back duties, taking over for Najee Harris starting in Week 5, his 28 receptions are the second-most by any Steelers’ undrafted free agent in team history. The leader is a bit more recognizable of a name, Eli Rogers catching 48 passes in 2016. But even that needs some context considering Rogers was a UDFA in 2015 and spent his entire first year in the league on injured reserve.

So to sum it up. Of 100% true rookies in the draft era, Warren sits first place in rushing yards, receptions, and also total yards from scrimmage. Pretty wild.

Putting all the history aside, Warren’s rookie season was one to build on and frankly, one the Steelers needed. It removed Mike Tomlin from his old-school “workhorse back” nature of taking a 220+ pounder and running him into the ground until there was nothing left. It kept Najee Harris fresh and healthy and allowed him to run like a first round pick down the stretch as Pittsburgh leaned on, and then won with, their running game. Warren was an impressive pass protector, not just for a rookie but anyone playing the position, and he brought an energy and passion for the game that was infectious. He took as much pride lead blocking in space on a wide receiver run or running down a kick as he did actually touching the football.

Entering 2023, the Steelers have finally cemented themselves two top running backs. Pittsburgh’s been good about having a #1, Najee Harris, James Conner, Le’Veon Bell, but they’ve struggled to have a #2, pinning all their hopes on the starter staying healthy.

Entering his sophomore year, it’s reasonable to expect Warren to be even better, though it’s hard to identify what key areas of his game he needs to improve upon. So long as his fumbling blips don’t reappear, a 2023 similar to 2022 would be just what the Steelers need. He’ll enter next year with the benefit of having a role already established, meaning he should top his rookie year production. For years, the Steelers have struggled to find quality undrafted players. It’s one-part poor evaluation, one-part being cheap and not offering players enough guaranteed money. But they found Warren and it sure looks like they hit big.