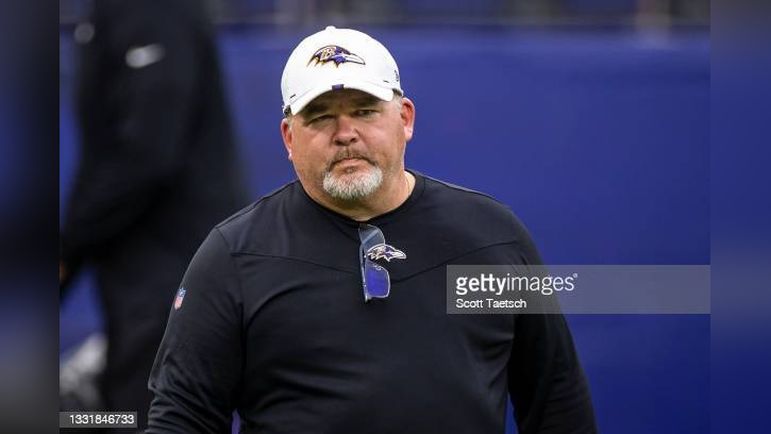 There’s an AFC North team moving on from its offensive coordinator this year. But it’s not the Pittsburgh Steelers. The Baltimore Ravens and OC Greg Roman are parting ways, the team announced in a press release Thursday afternoon.

The #Ravens and OC Greg Roman are parting ways after an impressive run, per me and @MikeGarafolo: pic.twitter.com/EGJOjRgWGq

“I have decided that now is the right time to move on from the Ravens so that I can explore new challenges and opportunities,” Roman said in a statement released through the team.

Ravens’ head coach John Harbaugh released this statement about moving on from Roman.

Roman had been with the Ravens since 2017 and served as the team’s offensive coordinator since 2019. Under him, Lamar Jackson put on a highlight reel, winning MVP in 2019. But the offense has seemed overly reliant on him and with him hurt each of the last two years, the Ravens’ offense has tanked. Roman was criticized for not developing a strong enough passing game to complement their strong run game.

This year, the Ravens finished finished 19th in points per game. But without Jackson, the offense failed to score more than 17 points in any game and were bounced on Wild Card weekend 24-17 by the Cincinnati Bengals.

It’s a critical offseason for the Ravens. Jackson is a pending free agent and it’s unclear what his future status with the team is. Some reports say the relationship between both sides is icy, leading some to speculate if the team will tag-and-trade him this offseason. Still, NFL Network’s Ian Rapoport says the Ravens still want to reach a long-term deal with Jackson this offseason.

Two AFC North coordinators have been fired this year. The Cleveland Browns dumped DC Joe Woods one day after their season ending and now the Ravens are looking for a new OC, one of eight teams replacing that position this offseason.