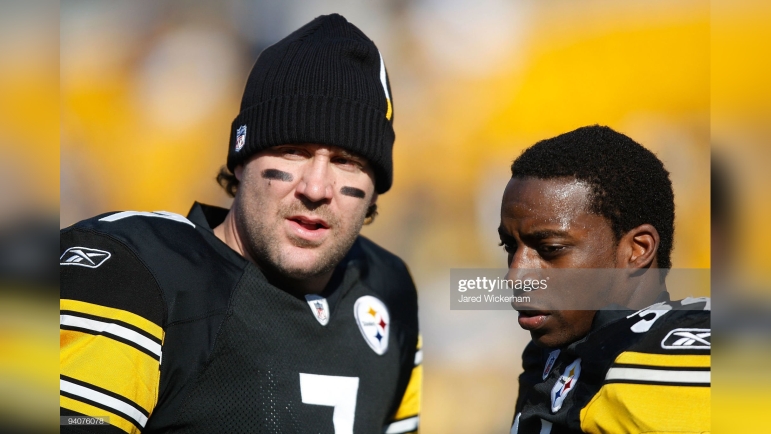 One of the reasons that Pittsburgh Steelers fans in particular may be gun-shy about drafting a running back in the first round, as reflected following their doing so in 2021 with Najee Harris, is the fact that they tried that before. And it could have gone better, on multiple fronts.

2008 first-round pick Rashard Mendenhall was a very talented running back, and he had some very solid seasons for the team. His running style, however, did not mesh with the formulation of the offensive line at the time. And his personality—and expressed opinions—have at times come under a negative spotlight.

Perhaps the most exasperating quality regarding his continued legacy for many fans is his seeming refusal to acknowledge that he bears responsibility for the fumble that he had in Super Bowl XLV, a critical turning point in the game just as the Steelers were looking to mount a comeback.

Guessing this latest Mendenhall stuff is somehow related to his Super Bowl fumble and the backlash from it #Steelers #NFL pic.twitter.com/CxODigpTR8

While it’s true that a block was missed and he was hit in the backfield, the ball carrier is still ultimately responsible for maintaining possession of the ball once he has it—which he did. He has resorted to using semantics to explain it away.

And his night on Twitter could have gone better. After getting ribbed for a Tweet in which he claimed that he “Earned my stripes”, which he connected with the Super Bowl the Steelers won in his rookie season while he was on the Reserve/Injured List, he seemed to get on the defensive. He responded to a Twitter user asking what stripes those would be by posting an image of a Super Bowl XLIII ring.

Later in the night, he made another Twitter post in which he came after former quarterback Ben Roethlisberger, whom he tagged in the message, asking if he “is the ‘leader’ you say he is, why hasn’t HE taken credit for the fall? 🤔 What manager of a company goes to HIDE in the shadows when the results come in? We win it’s him, lose it’s me… or Tomlin huh..”.

If @_BigBen7 is the “leader” you say he is, why hasn’t HE taken credit for the fall? 🤔 What manager of a company goes to HIDE in the shadows when the results come in? We win it’s him, lose it’s me… or Tomlin huh..

It’s not entirely clear what ‘fall’ Mendenhall is referring to. Was he specifically referencing Super Bowl XLV, which seems to be his lone obsession when it comes to his playing days? That may be implied when mentioning that he receives blame for the fall. Roethlisberger did throw a pick-six earlier in the game. Or was he referring to the organization’s lack of postseason success since then?

Either way, it’s unclear what prompted him to go after Roethlisberger, but I’m certainly not going to be the only one to take note of it. The retired quarterback has always been the first to put the blame on himself when the team loses, however. Even his insincere remarks, as when he said that he might not have it anymore, tend to blow up.

The Steelers did not re-sign Mendenhall after his rookie contract expired in 2013. He signed with the Arizona Cardinals and played there for one season, rushing for 687 yards on 217 carries with eight touchdowns, before retiring a year later, saying, “Football was pretty cool, but I don’t want to play anymore. I want to travel the world and write!”.

To his credit, he’s done that, but this particular bit of writing may not be his most well received.