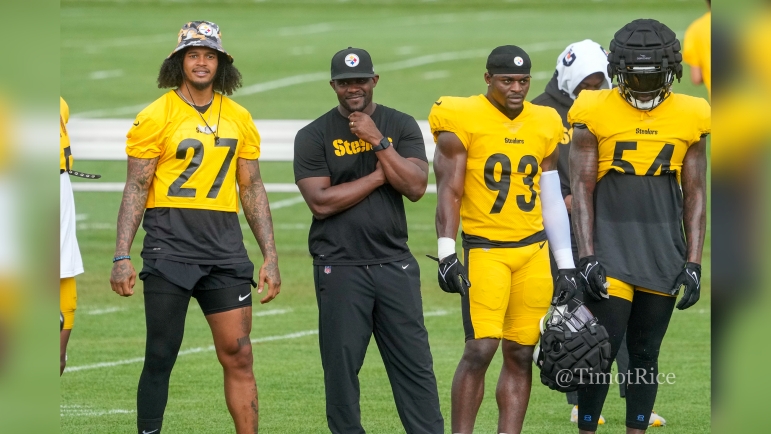 The Minnesota Vikings are the latest team to request an interview with Pittsburgh Steelers’ defensive assistant Brian Flores, according to NFL Network’s Ian Rapoport, who tweeted the news moments ago.

Minnesota is now the fourth team to hold or request an interview with Flores. The Vikings fired defensive coordinator Ed Donatell earlier this week, creating the vacancy. Donatell was in his first year on the job.

As Rapoport notes, there are some connections. Flores and head coach Kevin O’Connell spent time together in New England.

The Vikings had a strong season this year but were eliminated on Wild Card weekend, losing to the New York Giants 31-24. The Giants had 431 yards of total offense. Despite winning 13 games, Minnesota had the 28th-ranked scoring defense, allowing 25.1 points per game with the 21st-ranked red zone defense.

In addition to Minnesota, the Cleveland Browns, Atlanta Falcons, and Arizona Cardinals have also requested or held interviews with Flores. The Browns and Falcons did so for a coordinator position while the Cardinals have requested an interview for Flores to fill their head coaching vacancy. The Browns job is the only one that’s been filled, the team hiring Jim Schwartz on Tuesday. Flores also has close ties to Arizona and is considered one of the favorites for the job.

The Steelers would not receive draft compensation if Flores takes any of these jobs. So far, the only coaching staff change has been the loss of assistant coach Blaine Stewart, who left to become the TEs coach at West Virginia. It doesn’t appear any other changes are coming to the staff except for perhaps replacing Stewart’s role with another assistant coach. Stewart worked mostly with wide receivers and helping out Special Teams Coordinator Danny Smith.