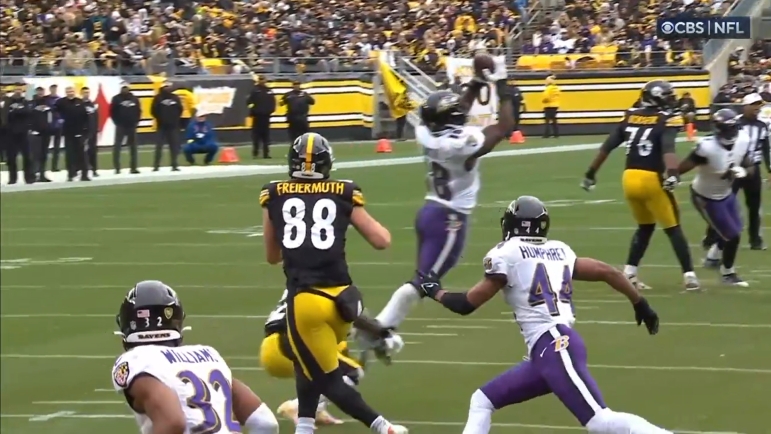 The Pittsburgh Steelers will be seeing Baltimore Ravens’ LB Roquan Smith twice a year for a long time. After trading for Smith earlier this season, the Ravens have now locked him up to a five-year, $100 million contract, the highest off-ball linebacker in NFL history.

Per Saint Omni, The #Ravens agree in principle with All-Pro LB Roquan Smith — now the highest paid at his position in NFL history with a 5-yr, $100M deal. $45M fully guaranteed & $60M in total guarantees. Huge. The 1st off-ball LB to get $20M per year. Roquan represented himself. pic.twitter.com/KCy7t26SpZ

Smith had no official representation but still landed a record deal.

The Ravens acquired Smith from the Chicago Bears shortly before this year’s trade deadline, sending the Bears a 2nd and 5th round pick along with LB A.J. Klein, though Klein was released by the Bears two weeks after the trade. Smith has been a force in the Ravens’ lineup, rarely leaving the field. In nine starts with Baltimore, he’s recorded 86 tackles with three pass deflections, two sacks, and an interception. That pick came against the Steelers in Week 14, a great grab over the middle as Pittsburgh was driving deep into Ravens’ territory.

Tune in on CBS!! pic.twitter.com/7x8dkvb4ER

In two games against the Steelers this season, Smith notched 14 tackles, three pass breakups, and that interception. He also sacked QB Kenny Pickett early in the first matchup, sending Pickett out of the game with a concussion.

Smith was slated to hit free agency after this year. But after trading heavy capital for him and seeing his stellar play, there was next to no chance the Ravens would let him hit the market. Now, he’ll remain in Baltimore, in the AFC North, and be one of the top defenders Pittsburgh will see twice a season.

After locking Smith up, the team will eventually turn their attention to QB Lamar Jackson. A free agent after this year, his future with the team is uncertain. But by getting Smith’s deal done, the Ravens will have the option to franchise tag Jackson should the two sides be unable to reach a long-term agreement.