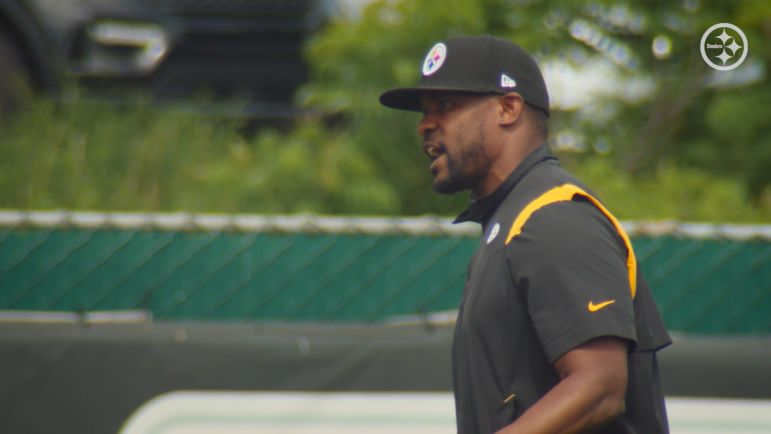 Though it was reported over the weekend, the Atlanta Falcons have officially interviewed Pittsburgh Steelers’ Senior Assistant/Linebackers Coach Brian Flores for their defensive coordinator position, according to NFL Network’s Ian Rapoport.

The news of the Falcons’ request was initially announced on January 15th but it appears the interview actually took place today or perhaps Wednesday evening.

This is the second job Flores has officially interviewed for. He interviewed with the Cleveland Browns for the same position but the team chose to hire Jim Schwartz instead.

The Falcons are looking to replace Dean Pees, who retired after the 2022 season ended. Atlanta went 7-10 this season, finishing with the 23rd-ranked defense in points per game. Pass-rush was an issue with the team ending the year with a lowly 21 sacks. Only DT Grady Jarrett had more than five.

Atlanta is reportedly interested in several candidates including Vic Fangio, considered one of the best defensive minds in football. But Fangio could be part of a package deal for Sean Payton, whose future as a head coach is unclear.

The Arizona Cardinals reportedly requested an interview with Flores for their head coaching position. But it’s not been reported that the interview has officially taken place. Oddsmakers consider Flores one of the favorites for the job considering his strong ties to new GM Monti Ossenfort.

Flores was hired by the Steelers in February after being fired as the Miami Dolphins head coach. Flores remains in a legal battle with the NFL after accusing them of discriminatory hiring practices. Ignored by the league last year, there is a lot more interest this offseason.