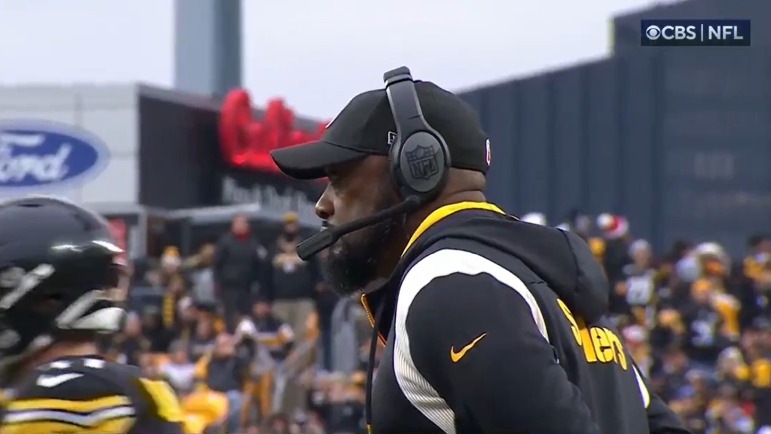 For Mike Tomlin, it doesn’t matter if you’re a #1 seed or the #7 seed squeaking into the playoffs. All he cares about is punching your ticket into postseason play. And just as importantly, playing your best football as you’re doing it.

Speaking to reporters Tuesday, Tomlin was asked if he has a preference for how his teams get into the playoffs, a team who clinches early or a team that has to battle until the regular season finale.

“Does it matter?” Tomlin said via the team’s YouTube channel. “Really? Does it matter? If there’s a preference as it pertains to the playoffs, I’d simply prefer to be a team on the rise. And I just think a team that’s playing better ball increasingly is a team that you want to be. All that other stuff, you just want in.”

For the Steelers, they’ve been on both sides. Years where the team easily won the division and years where they had to scratch and claw their way in. It happened in 2005 when Pittsburgh was the sixth and final seed, having to fight to get into the playoffs the final week before going on a historic run of three straight road wins before beating the Seattle Seahawks in Super Bowl XL.

Over the last two years, the Steelers’ playoff hopes hinged on the final week. Last year, they needed to beat the Baltimore Ravens in Week 18 and get help along the way. They did and they become the 7th seed, though they had a quick exit out of the playoffs during Wild Card weekend. This year, they’ve bounced back from a 2-6 and 3-7 start to be in serious contention entering Sunday’s finale against the Cleveland Browns. To get into the postseason again, they’ll need to beat the Browns while needing the Miami Dolphins and New England Patriots to not win.

To Tomlin’s point, the best place for a team to be in this time of year is on the upswing. To be playing their best football, not coasting or limping to the finish line. To their credit, Pittsburgh is, winners of three straight and 6-2 since the bye. The offense has found a rhythm and identity, controlling the clock with the ground game. The defense has been stronger and especially stingy in the second half of games, shutting out the Las Vegas Raiders and holding the Baltimore Ravens to just three points. Pittsburgh’s playing their best ball of the season.

But even if they get into the postseason, they’re going to face a high-powered offense for the Wild Card game – the Chiefs, the Bills, the Bengals. Last year, Pittsburgh got hot late in the season, won their final two, only to be blown out by the Chiefs 36-10.

Still, Pittsburgh making the playoffs this year would be a historical event, only the second 2-6 team to ever do so since 1978, and facing a top opponent would be a good problem for this team to have.