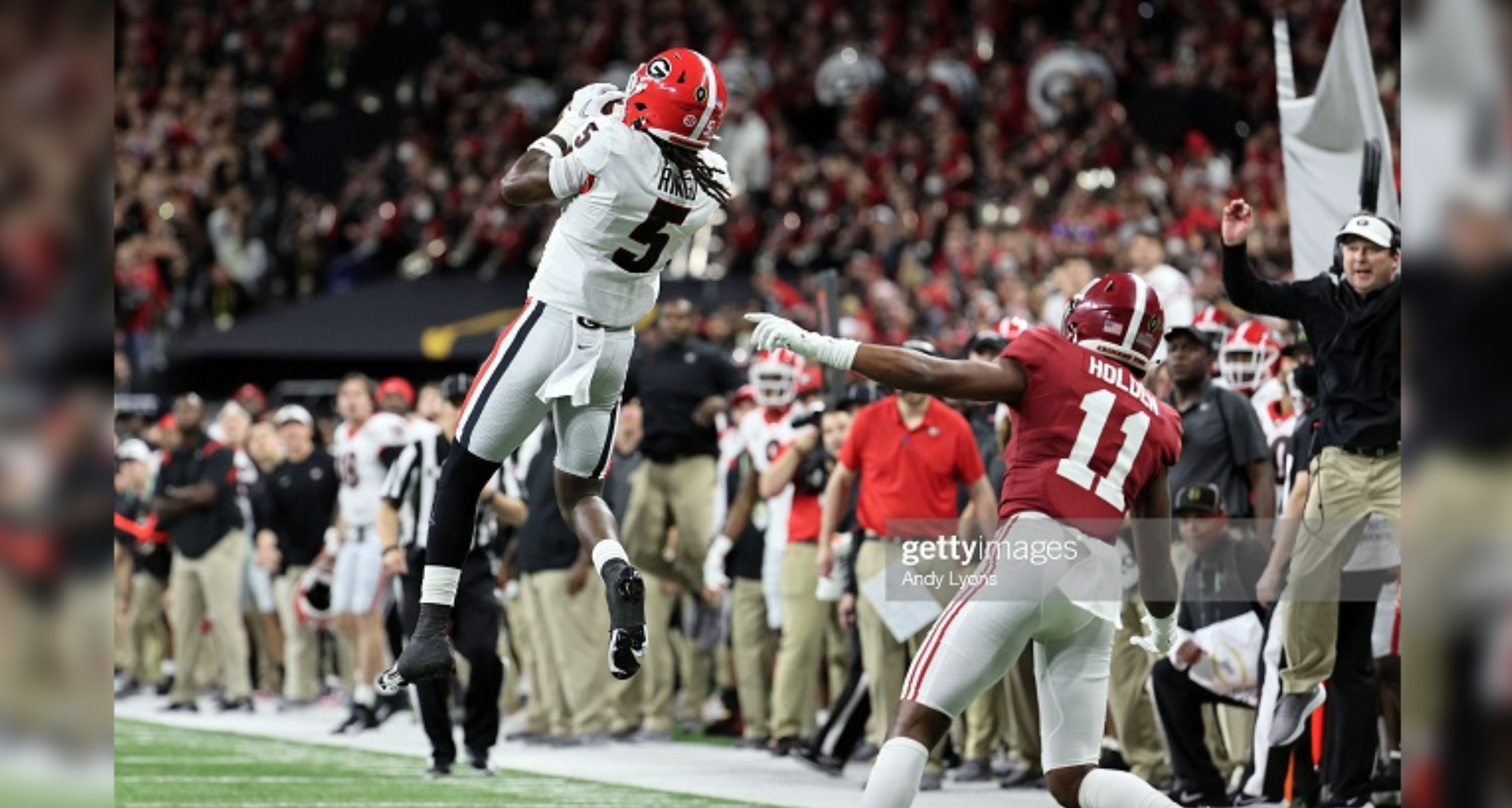 With the 2023 NFL Draft a few months away, the pre-draft process is a full-go for all 32 teams in the National Football League. Over the next week, representatives from all teams will fly out to The East/West Shrine Bowl and The Senior Bowl to interview and evaluate the practices and in-game performances of some of the best in the draft class that are seniors or who have earned their college degrees.

However, other prospects will have to wait until the NFL Combine and their respective Pro Days before being able to get in-front of scouts due to entering the draft as underclassmen. One of those underclassmen is Georgia CB Kelee Ringo, a defensive back that has intrigued the draft community since last season when he made a notable impact for the Bulldogs as they secured a National Championship. Ringo leaves Georgia having won title national titles in back-to-back seasons, having the size, athleticism, and pedigree you desire in a prototypical cover corner.

However, there was skepticism surrounding Ringo this season, specifically his technique and inconsistencies in coverage. After completing a pre-draft profile on Ringo, I fell into the same camp, seeing glaring flaws in his game including jamming receivers at the line, being reactionary in coverage rather than instinctive, and being more consistent as a wrap-up tackler.

Ringo has the body and the upside of a potential top ten pick, but the film shows a player that should be a middle-round prospect. I mentioned at the conclusion of by report that Ringo needs to focus in on his technique and rely more on his instincts and film study rather than just his pure athletic gifts. Well, it appears as if Ringo is making his development as a player a priority this offseason, seeking out coaching and mentorship from one of the best cover corners in the last decade: Richard Sherman.

Getting that press Tech right! Cant wait to see him put on a show! https://t.co/Spk8MkC0uz

The video doesn’t show much other than Ringo and Sherman having a conversation and Ringo working in this stance, but Sherman does mention that the two were specifically working on his press technique. That makes sense given Ringo’s 6’2, 210lb frame, carrying a dense frame compared to most defensive backs. Ringo has shown the capability to press well when in coverage, using his size, length, and physicality to jam receivers at the LOS, rerouting them and throwing off the timing with the QB.

not bad physicality on the press by Ringo at the bottom of the screen here pic.twitter.com/zIMkDLL4IC

Learning from a player like Sherman is a huge benefit for a prospect like Ringo who should look to model his game after the five-time Pro Bowler and three-time first team All-Pro. Playing in a Cover 2-heavy scheme in Seattle to start his career, Sherman managed to have success in San Francisco playing press man coverage, using his length and size (6’3, 195lb) to blanket receivers throughout the route.

This isn’t to say that Kelee Ringo is going to make immediate fixes to his technique as the 20-year-old defender still has a long way to go before being trusted to be a team’s CB1 at the next level. However, it’s encouraging to see him seeking out mentorship from some of the game’s best like Sherman during his heyday. With CB being a need on the roster, Ringo is a player Steelers’ fans should get acquainted with during the pre-draft process.