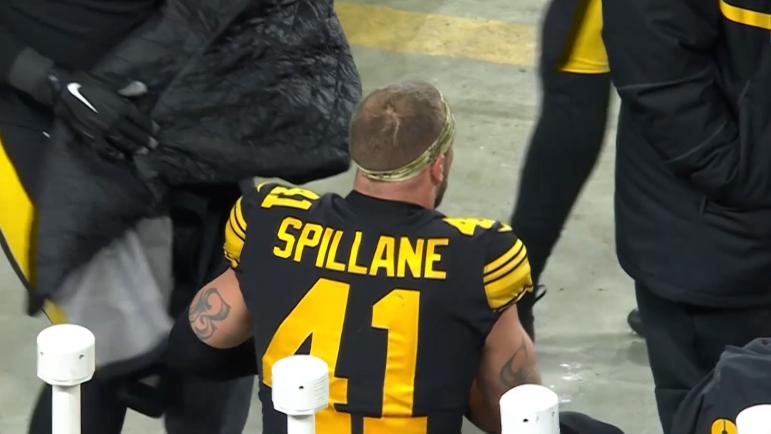 While the Pittsburgh Steelers are still alive in the playoffs and are fighting for the seventh seed, they will need a little outside help to get in. However, there is one prized possession many players on the team are still fighting for. That would be keeping head coach Mike Tomlin’s record of 15 consecutive non-losing seasons alive.

Today, Steelers linebacker Robert Spillane joined The Arthur Moats Experience With Deke Podcast, and talked about how important it is in the Pittsburgh locker room to avoid Tomlin’s first losing season.

“I’m just proud to be a part of this team and I hope we can go out there and not be a part of the wrong side of history when it comes to Tomlin,” Spillane said.  I don’t want to be that first team [that finishes with a losing record]. That’s been talked about, not openly in team meetings, but between the players, nobody wants to be a part of that history.”

Playoffs are obviously the priority, but Pittsburgh must beat the Cleveland Browns on Sunday if they want to get into the dance. Even if the Miami Dolphins and New England Patriots lose, if the Steelers lose as well they are eliminated.

This means a Sunday win can kill two birds with one stone. Firstly, it will secure a 9-8 record meaning Tomlin will extend his non-losing season streak to 16 years. Secondly, if Pittsburgh wins and both the Dolphins and Patriots lose the Steelers will make the playoffs.

If Tomlin does extend his non-losing season to 16, he will still be third all-time in most consecutive non-losing seasons being Bill Belichick (19) and Tom Landry (21). However, the Steelers do hold the active record for the longest non-losing season streak at 18, which with a win can be extended to 19. The streak started in 2004 under head coach Bill Cowher the year Ben Roethlisberger was drafted. 19 straight non-losing seasons would tie the Patriots’ record from 2001-2019 for second on the all-the list and have them sitting only a couple of seasons behind Landry’s Dallas Cowboys from 1965-1985.

While the non-losing season record conversation may get tiring to some, it certainly means a lot to the players in the locker room. Everyone who has played under Tomlin has spoken glowingly about him and as Spillane said, no one wants to be part of the team who was on his first losing team.