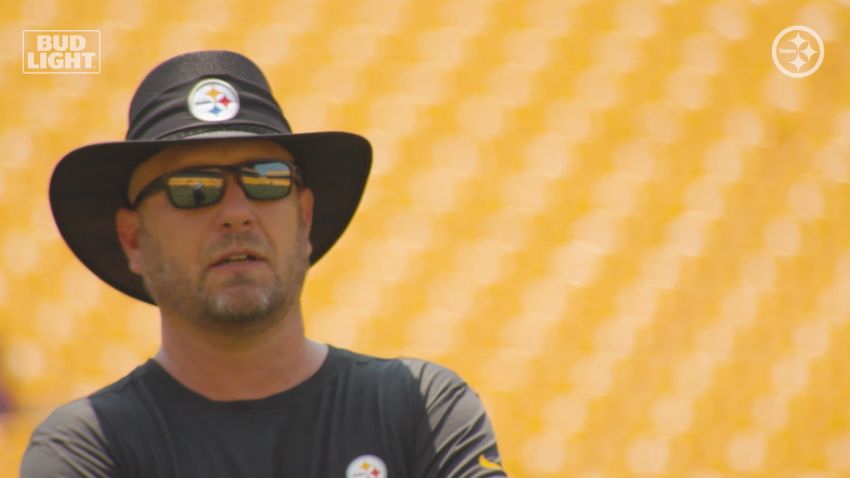 The Pittsburgh Steelers averaged just 15 points per game over the course of the first eight games of the season. It might not seem like much, but they managed to raise that number in the second half of the year, finishing the final nine games averaging 20.9 points per game.

That’s more than a 25 percent increase. And when you consider the fact that they executed longer drives, thus creating fewer total drives per game, their per-drive efficiency was actually even greater than the six-points-per-game difference indicates.

All of this reflects, at least among a number of other things, a more committed offense. A number of players have spoken about how significant the Steelers bye week was in 2022, including center Mason Cole, who said he’d never been on a team with such a productive bye week before. According to Kevin Dotson, it was about guys buying in, specifically to offensive coordinator Matt Canada’s plan.

“The bye week definitely opened up a lot of people’s eyes to his true vision because we had that sit down [talking about] what he expects and what he wants to happen in the future”, the three-year veteran offensive lineman told Brooke Pryor of ESPN when asked about how much better the offense played after the bye.

Other players such as running back Najee Harris have talked about some of the conversations that were had during the bye, a time at which the Steelers found themselves sitting at 2-6 with virtually no margin for error, three games away from a losing season with nine games to play.

They ended up just barely avoiding a losing record, going 9-8 overall and 7-2 after the bye, but they needed one more win to actually make it into the postseason, as it turned out. As many players have said, they dug their hole too deep in the first half of the season for a team actually playing in a good division—unlike, say, the Jacksonville Jaguars.

Perhaps this is the main reason why Canada will still be in Pittsburgh in 2023. Even though the Steelers still only averaged just under 21 points per game after the bye week, the amount of improvement, and of buying-in from the players, that they saw over the final couple months of the year showed them the building blocks of the future. In their eyes, anyway.

That’s not going to change the opinions of anybody who is adamant that Canada is not qualified to do the job, and there are many out there, between fans, journalists, and analysts of the game. They may well prove to be correct, but the Steelers are going to give him one more season to get their own answer.