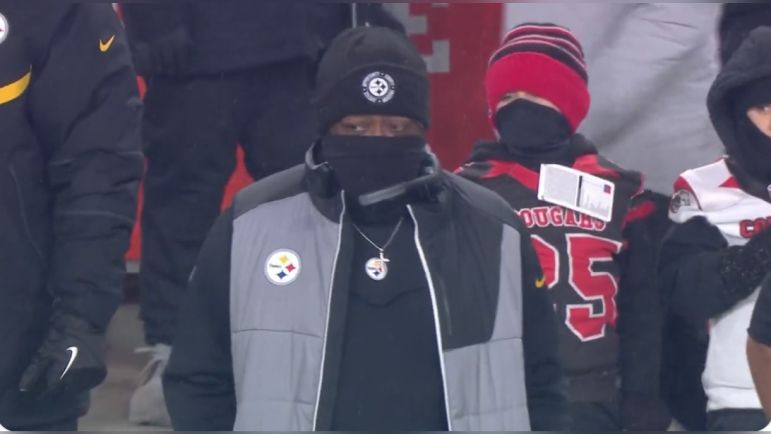 In the final week of the regular season, the Pittsburgh Steelers have been eliminated from the playoff race. The team hung on and battled longer than anyone thought but their season came to an end just after 4 PM/EST Sunday afternoon.

Though the Steelers took care of business and beat the Cleveland Browns Sunday, they didn’t get all the help needed to advance into the postseason. The Buffalo Bills beat the New England Patriots but the Dolphins pulled off an ugly win over the New York Jets, winning 11-6 thanks to a 50-yard FG by Dolphins’ kicker Jason Sanders with less than a minute to play.

The kick that keeps the #Steelers out of the playoffs pic.twitter.com/svnoGkYDDC

Pittsburgh began the year with a Week One win against the Cincinnati Bengals. But they struggled from there, in part due to the loss of T.J. Watt with a pec injury, who did not return until after the bye week. The team found more traction since the bye but had too big of a hole to climb out of. Notable losses this year include allowing New York Jets’ QB Zach Wilson to mount a fourth quarter comeback, multiple failed attempts to upset the Miami Dolphins, and a tough two-point loss to the Baltimore Ravens in Week 14. They won their next two games against Carolina and a big Christmas Eve victory over the Las Vegas Raiders while avenging their Ravens’ loss in Week 17. But their early-season struggles proved to be their downfall and their turnaround since the bye week wasn’t quite enough to save them.

The Steelers made the playoffs in 2020 and 2021 but lost during Wild Card weekend both times. They’ve yet to win a playoff game since 2016, their longest drought since the late 60s and early 70s until Franco Harris’ Immaculate Reception broke the streak, the team’s first ever postseason win. Under Mike Tomlin, it’s an extreme drought that doesn’t meet the standard of the franchise.

Pittsburgh will try to get back into the playoffs next year. They’ll do so with plenty of cap space this offseason and more draft capital than usual, likely picking somewhere in the Top 15 this year while also owning the Chicago Bears’ second round pick, which will be a top selection of the round.

The team will head into 2023 with QB Kenny Pickett as their unquestioned starter. But there are plenty of question marks beyond that. How much the team will upgrade their offensive line, if at all, if they’ll add a slot receiver, along with a slew of pending defensive free agents. Under GM Omar Khan and assistant Andy Weidl in their first full offseason with the team, the Steelers will likely undergo plenty of roster turnover.

At the least, the team’s 7-2 stretch the second half of the year is reason for optimism. But a playoff berth is not on the Steelers’ list this year.