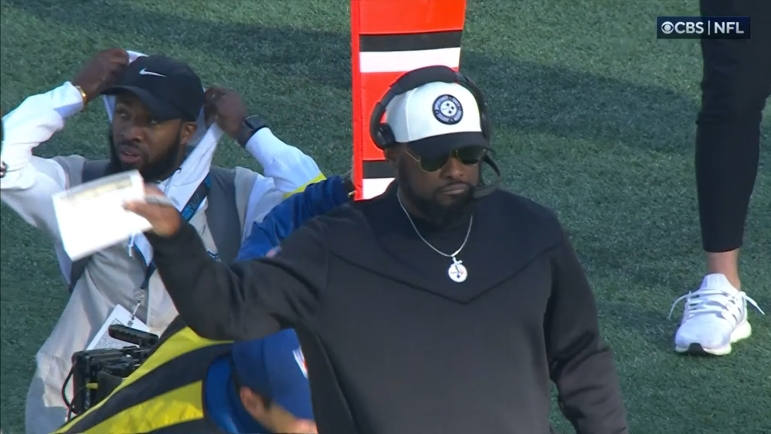 Like it or not, the Pittsburgh Steelers are one of the 18 teams sitting at home this weekend watching others prepare for games knowing they won’t be playing another one for many, many months. They had their chances, but in spite of a compelling second-half surge, it fell just short.

There was reason to believe the team would struggle to make much of an impact this year, with several management changes taking place, particularly at the quarterback position, but for Pro Football Focus, they believe it’s the most consistent, common denominator that is the reason Pittsburgh should be optimistic about 2023: head coach Mike Tomlin.

After all, the locker room certainly seemed eager to credit him for the Steelers going 7-2 down the stretch after starting off the season 2-6. Even newcomers to the team like Myles Jack explained how his poise and consistent presence helped them stay the course while righting the ship. You need someone like that to weather the storm and be able to come out strong through the other side.

Truth be told, the write-up from PFF writer Jonathon Macri doesn’t offer much in the way of compelling detail. He mostly discusses the changing of the guard at quarterback and how the circumstances with Mitch Trubisky and a rookie Kenny Pickett understandably would lead to less-than-stellar play.

He also focused on the defense, and particularly the turnaround that they saw in the second half of the season. Obviously, T.J. Watt was a big part of that, missing nearly all of the first half of the year, but it’s still an 11-man unit.

“Tomlin was able to propel a team that had ranked near the bottom of the league in offensive grade (67.1), positive EPA percentage allowed on defense (44.3%), pass-rush grade (62.3) and coverage grade (56.5) through the first nine weeks to the top half of the league the rest of the way in all those same categories”, he writes. “Having Tomlin leading the way as the Steelers’ talent continues to refresh is going to be a big reason why this team continues to find success, no matter the year”.

Tomlin’s 16-year streak of non-losing seasons is commendable, even if tiresome to hear about at this point, but the main takeaway is this: they’re always in contention, even when it doesn’t look like it. Tomlin has only coached one game, out of 258, in which his team had no chance to make the playoffs.

In 16 years. Since 2007. A lot of things have happened since then. I was a sophomore in college. Insert your own fun facts here with what you associate with that time that demonstrates how long ago that was.