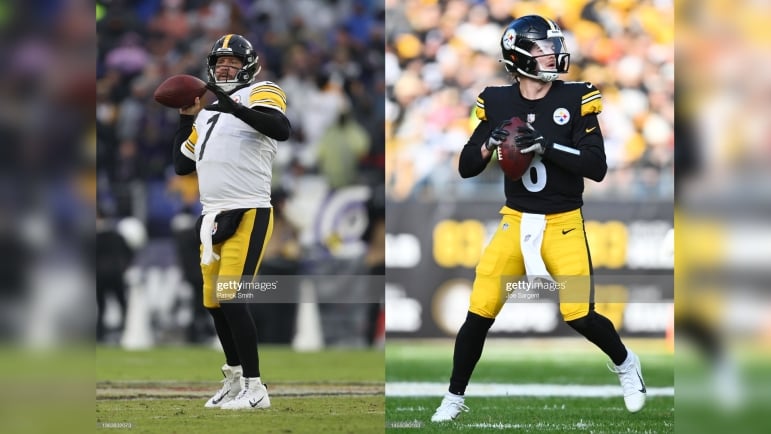 While there is no one magical ingredient in creating a championship football team, the most important part of any recipe tends to be the quarterback. If you don’t have one that is good enough, you’re probably going to go hungry. This year’s final four includes three Pro Bowlers and both All-Pros.

What do the Pittsburgh Steelers have at the quarterback position in 2022 first-round pick Kenny Pickett? That’s what they’re hoping to find out over the course of the calendar year, beginning through the offseason process. And they have plenty to compare to coming off 18 years with Ben Roethlisberger. A player like tight end Pat Freiermuth has a rare perspective, having played one season with each of them.

While it wasn’t the focus of the question, the two-year veteran did offer some thoughts about the contrasts in playing with the two when speaking to Dale Lolley for an interview with the team’s website recently.

“Kenny has to continue to find his little nuances in the offense. Different signals and all that kind of stuff, like Ben had”, he said. “I think the biggest difference was, Ben’s been around for 18 years so he’s seen everything. He can check a play at the line and go from there. Obviously, Kenny’s a little hesitant to do that now”.

That surely wasn’t meant to be a knock by any means—Freiermuth was otherwise quite giving in his praise of his current teammate—nor should it be surprising. A rookie isn’t going to be anywhere near comfortable doing that, especially not one who wasn’t the team’s starter at the beginning of the year.

That is one of the many things that will develop over time, if indeed it develops at all. But Pickett’s hints of instinctual play, as well as his ability to learn from his mistakes, lend one some confidence that he will make strides in this area sooner rather than later.

A critical component in developing that shorthand language is actually having a shared history with others, and Pickett didn’t get to spend a lot of time working with the likes of Freiermuth, Diontae Johnson, and Najee Harris until he was thrown into the starting lineup.

That’s what makes this offseason so critical, because it is that time to begin developing those relationships and reinforcing the comfort and familiarity between them that is required to be able to deliver those nuances on the fly.

What is to come isn’t wholly easy to predict, but Pickett has displayed a good deal of football intelligence in the past, as well as a desire to be a student of the game. I would imagine that he’s as eager as anybody to get moving on taking these next steps so that he and the offense can put more points on the board in 2023.