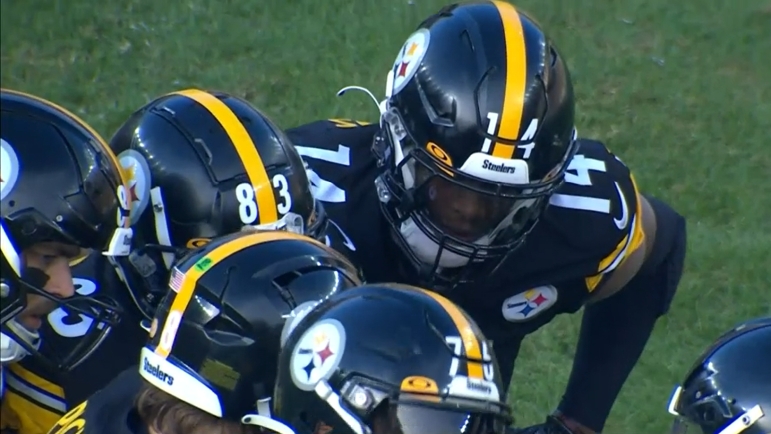 The Pittsburgh Steelers finished the season on a 7-2 run, including a four-game winning streak to end the year. They came painfully close to reaching the postseason in their first year after quarterback Ben Roethlisberger retired, but they’ve left fans with some optimism about what the future may hold with rookie quarterback Kenny Pickett.

Although he finished the year with just seven touchdown passes (plus three rushing touchdowns), he showed a lot of the sort of intangible qualities you look for in a leader of your team. And he’s optimistic about next season, ready to attack it head-on, talking about keeping things going by working together in the offseason as a group.

“We definitely will, at least offensively with all the skill guys, we’re definitely gonna get together to continue to make progress”, he said after today’s game, via the team’s website. “Guys need to get away a bit and kind of destress I guess, but we’ll reconvene and get back to work. I’m excited for what the future holds. I think we have a lot of great players, so I’m really excited for that”.

While the Steelers won their game today, they did not get the results needed elsewhere in the league to advance to the playoffs, so now all they can do is turn their attentions to the future. The young core on offense including Pickett, wide receiver George Pickens, running back Najee Harris, and tight end Pat Freiermuth is the nucleus of that.

A first-round pick out of Pitt, Pickett spent much of the offseason taking third-team reps, gradually graduating to alternating second-team work with Mason Rudolph. By the time head coach Mike Tomlin decided to pull the trigger on Mitch Trubisky at halftime in week four, Pickett hadn’t gotten a ton of work in with the starters to build that chemistry.

It’s a subject that he did touch on throughout the season, including being sure to note how players like Diontae Johnson were eager to work with him off to the side outside of the context of official practices just to try to get to where they need to be.

Now they know the deal. They have a full offseason with no question about who is going to be the starter, and no question about having the opportunities to work together. Johnson and Pickens will be with Pickett for at least the next two years, as will Harris and Freiermuth, so this is a young core to build on.

The offensive line, as well, should largely be intact. All five starters are under contract through at least next season, with all but Kevin Dotson at left guard signed for longer than that. This entire group should be back next season, with reinforcements. The biggest question will be whether their coordinator will be.