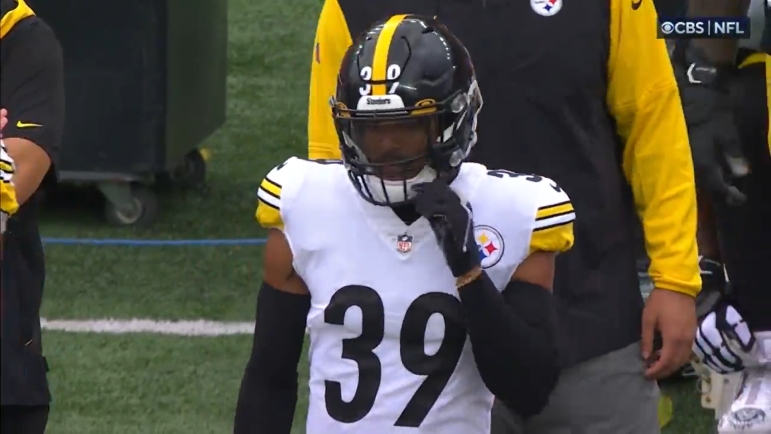 As we gear up for the highly anticipated weekend of NFL playoff football known as Wild Card Weekend, sadly our beloved Steelers will not be lacing up the cleats, as despite handling their business in the victory over Cleveland, the banged-up Dolphins put away a Jets team that faded down the stretch, thus eliminating Pittsburgh.

It’s highly likely that Pittsburgh would’ve put up a hell of a lot more of a fight than Miami will, as they head to Buffalo with a third-string quarterback, but that’s a discussion for a different day. Now is the time for reflections on the past season, and without a doubt, one of the standouts, not only on the team but league-wide was the play of free safety Minkah Fitzpatrick. He was voted to the Pro Bowl for a third time, as he marked a career-high and tied for the league-lead with six interceptions, the first of which was felt by the Bengals on their first offensive drive back in Week 1. He alertly picked off a Joe Burrow pass and raced 31 yards to the house, helping Pittsburgh secure a divisional victory in a game where they snared four picks and racked up seven sacks.

FIRST TOUCHDOWN OF THE DAY.

Earlier today, he was voted to the first-ever NFLPA All-Pro Team, with an official NFL All-Pro designation highly likely to follow suit. As such, it came to no absolutely no surprise that earlier today, NFL.com writer Nick Shook assembled his All-Pro Teams for each side of the ball, and Fitzpatrick wound up on his list.

He explained his reasoning for the selection, immediately focusing on turnovers, which happens to be Fitzpatrick’s strong point.

“Fitzpatrick is the definition of a ballhawk,” Shook wrote on NFL.com. “The fifth-year playmaker shined on an incredibly opportunistic Pittsburgh defense, which led the league in interceptions as a team.”

A year after a bevy of injuries on defense relegated Fitzpatrick to more of a run-stuffer, as evidenced by his eye-popping 124 tackles in 2021, he resumed his role of a legitimate ballhawk this past season. While the injury to DPOY T.J. Watt hurt the team’s pass rush, Alex Highsmith, more than capably filled his role, racking up 14.5 sacks and allowing the secondary to feast.

“Fitzpatrick, who ranks fourth in total takeaways (24) since entering the league, always seemed to be in the right place at the right time, sliding underneath passes or catching them off deflections for game-turning plays.“

Still just 26 years of age, there’s no question Fitzpatrick will help lead the charge next season, along with a fully healthy Watt and a blossoming Highsmith as the team looks to once again contend for a postseason berth.