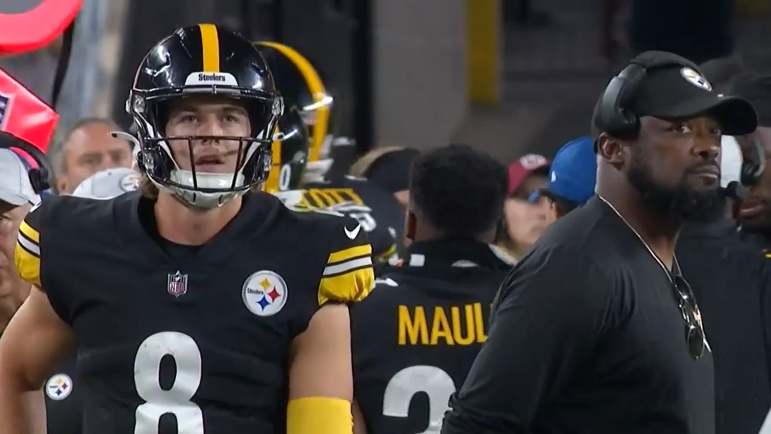 The Pittsburgh Steelers’ 2022 season ended in the team finishing with a 9-8 record, going 7-2 post-bye week after starting the season with a dismal 2-6 record. While the team had a strong second-half surge and nearly made the playoffs, they ultimately were held out of the postseason due to the Miami Dolphins defeating the New York Jets in the final week of the regular season.

Despite the growth displayed by rookie QB Kenny Pickett in the second half of the season, the coaching job by HC Mike Tomlin to get this team back into the playoff hunt, and the stellar play by S Minkah Fitzpatrick to single-handedly seal close games down the stretch, none of these Steelers were nominated as finalists for their respective categories for the 2022 NFL Honors.

QB Brock Purdy, RB Kenneth Walker III, and WR Garrett Wilson were nominated for AP Offensive Rookie of the Year, leaving Pickett off the finalist ballot. Same goes for Mike Tomlin being left out of the running for AP Coach of the Year and Minkah Fitzpatrick for AP Defensive Player of the Year.

Looking at the candidates for the categories, it’s understandable why all are listed as finalists for their respective awards. Purdy only started five games in the regular season, but still posted 1,374 passing yards and 13 passing TDs to only four INTs, nearly doubling Pickett’s TDs and less than half of his picks while going 5-0 in his five starts, having the 49ers knocking on the dour of the Super Bowl. Kenneth Walker III ran for over 1,000 yards and nine TDs while Garrett Wilson went over the 1,000-yard mark as a receiver as well.

Brian Daboll, Sean McDermott, Doug Pederson, Kyle Shanahan, and Nick Sirianni all led their teams to a postseason berth compared to Tomlin who got close and turned Pittsburgh’s season around but couldn’t complete the job and get the Steelers in the playoffs. Fitzpatrick had himself a heck of a season with six INTs (one returned for a TD) along with 94 tackles, 11 PBUs, and a blocked PAT to send Pittsburgh to overtime Week 1 against the Bengals, but Micah Parsons, Chris Jones, and Nick Bosa all posted double-digit sacks and TFLs, playing for teams that did more on the brightest stage as their teams made the postseason.

While Pickett, Tomlin, and Fitzpatrick all may have had an argument for their respective categories, it’s hard to argue them over the finalists listed. If anything, having all these Steelers left off the ballot for the NFL Honors speaks to what “The Standard” should be: getting into the playoffs and making a postseason run. The Pittsburgh Steelers haven’t done that in recent years, not having won a playoff game since 2016. For a team that relishes tradition and places championship aspirations on themselves every season, this average play the last several years doesn’t cut it which is reinforced by the nominations for NFL Honors.

This team must get back to contending in the AFC… there’s no doubt about it. Maybe then, the rest of the NFL will take notice and start giving Pittsburgh’s players and coaches the recognition and accolades that come with winning and being a championship contender.