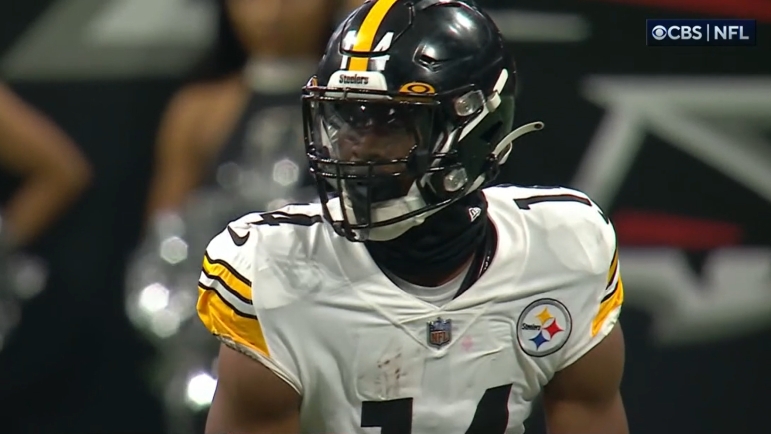 No Pittsburgh Steelers’ player will win 2022 NFL Rookie of the Year. The league announced its nominees for the award and no Steeler is on the list.

Here are the league’s finalists. To be clear, this is for the Pepsi Rookie of the Year award, not the Associated Press vote.

NFL Announces Nominees for 2022 Rookie of the Year

The top Steelers’ rookies this season were QB Kenny Pickett and WR George Pickens. But Pickett threw more interceptions than touchdowns while Pickens’ numbers ebbed and flowed, his stats easily surpassed by Olave and Wilson. Their exclusions here are no surprise.

Gardner immediately became one of the league’s top cornerbacks and made the All-Pro team as a rookie, a remarkable feat few defensive backs have ever done. Hutchinson, the 2nd overall pick of this year’s draft, finished the year with 9.5 sacks, most of any rookie. Olave ended his campaign with over 1000 yards. Ditto Wilson, who became the Jets’ top target and still played well despite shaky quarterback play. Walker didn’t secure the Seahawks’ lead role until mid-way through the season but exploded with a 1050 yard season, averaging 4.6 yards per carry and nine rushing scores. And Woolen, one of the freakiest players in the draft, translated that talent into great play, tying the league-lead with six interceptions. It’s hard to know who the favorite of the class is. Without an obvious QB selection, This could be one of the most tightly contested awards in years.

The Rookie of the Year will be announced later this season. QB Ben Roethlisberger is the last Steeler to win the Pepsi ROY Award, doing so in 2004. Six have won the AP version. Three on offense: RB Franco Harris, WR Loups Lipps, and Roethlisberger. There’s also been three on defense: DT Joe Greene, LB Jack Lambert, and LB Kendrell Bell.