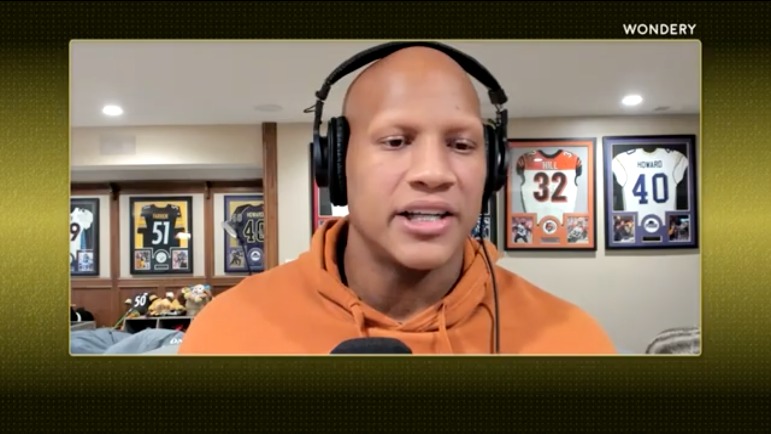 In Week 13 of the 2017 season on the road in Cincinnati, former Pittsburgh Steelers linebacker Ryan Shazier suffered a spinal contusion on Monday Night Football that left him temporarily paralyzed and ended his career. Last Monday night, Buffalo Bills safety Damar Hamlin suffered a cardiac event on Monday Night Football in Cincinnati. On his Don’t Call It A Comeback podcast, Shazier discussed his emotions watching what happened to Hamlin.

Recorded earlier this week but man when I heard that Damar finally opened his eyes last night it set me off. Incredible news…hearing that he's neurologically intact and that his lungs are healing shows that God is looking out. Keep praying for Damar 3️⃣https://t.co/V8BhiaujP5 pic.twitter.com/u4TZWrA9E7

“It was kinda scary to me but also with me being in a situation where I was in a game, millions of people were watching, a Monday Night Game in Cincinnati, to me, it was almost surreal and my emotions were all over the place. I understand that Damar’s situation is completely different than mine, but to be in a situation on a Monday Night Game, playing, just thinking that everything’s going to be ok and now Damar is fighting for his life,” Shazier said. “It was really hard for me to watch that.”

Shazier’s podcast was filmed earlier this week, and he said in a tweet how happy he was hearing the positive developments Hamlin has made since his injury. Today, it was announced that Hamlin is neurologically intact and he’s awake, responding to commands and communicating in writing, which obviously is a very positive sign.

For both Shazier and Hamlin’s injuries to happen in front of a major, national television audience at the same stadium is definitely eerie, and while the incidents weren’t the same, as Shazier acknowledged, both certainly left a pit in the stomach of viewers who witnessed.

The former linebacker also said he knew Hamlin from his time at Pitt and talked about how good a of a person the safety is. Since Hamlin’s injury, charitable donations to a toy drive he started while he was still at Pitt have ballooned to over $7.3 million dollars in perhaps the only positive to come out of the situation.

But the news that Hamlin is improving is absolutely amazing, and hopefully, he’ll continue to make further strides in the days and weeks ahead, just as Shazier did with his injury. The news of Hamlin’s recovery has also brought spirit to the Bills’ locker room, as the team broke out into “raucous applause” when Hamlin’s father, Mario, informed them of his positive progress, per Jeremy Fowler.

The positive Damar Hamlin developments over the last 24 hours have seriously galvanized the Bills locker room. Raucous applause went off when Mario Hamlin, Damar’s dad, addressed the team via Zoom. ‘We finally started to smile after that,’ one person with the team told me.

After Shazier’s injury, doctors were afraid he’d be permanently paralyzed. 17 months later, he was able to dance at his wedding, and he walked across the stage at the 2018 NFL Draft to announce the Steelers’ selection of Terrell Edmunds in the first round. His recovery was remarkable, and I think the whole world is hoping that Hamlin can make the same sort of recovery and get back to living a normal life as soon as possible.