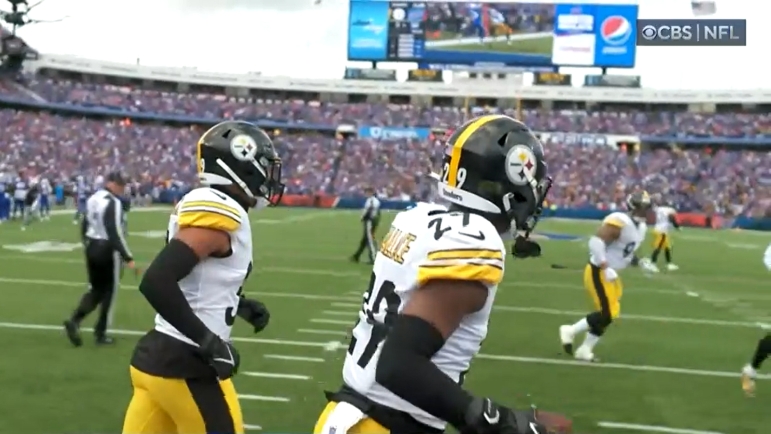 Minkah Fitzpatrick is one of the best defensive backs in the league and for good reason, he simply produces. A First Team All-Pro selection this year, Fitzpatrick finished the season with six interceptions, eleven pass breakups and 96 tackles.

His great year did not surprise his teammate, Levi Wallace who told The 33rd Team about the type of player and leader Fitzpatrick is today on their YouTube podcast.

“Minkah has always been a leader by example, not so much like a talkative vocal leader,” Wallace said. “Mink just goes to work and outworks everybody. The way he plays the game, he just goes out there kind of like Budda Baker, with like no fear. Just always running around flying, always wants to be a part of every tackle. He had another Pro-Bowl year, All-Pro year with six interceptions. We don’t expect anything less from Mink, he’s just that type of dude who’s going to show you how to work by doing it himself.”

Fitzpatrick is jack of all trades, master of them all. Earlier this season ESPN called him the most complete safety in the NFL. He’s a special player who can do anything asked of him. A great example was in 2021 when the Steelers run defense was porous and he had to step up and help in the tackling department more than a safety would like too. In 2021, Fitzpatrick led the team in tackles with 124 combined tackles. It is simply unheard of for a free safety to lead a team in tackles but Fitzpatrick did and never complained.

However, Fitzpatrick being a great leader isn’t all that Wallace raved about on the podcast. In fact, he talked about how Fitzpatrick has some of the best football smarts he’s seen and will even call the defense sometime.

“Minkah is so funny man. I’ve been in the huddle with him and he’s changed the call before just because he didn’t like the call. It’s hilarious man. You go and hear stories about, ‘Oh yeah Minkah, he’s definitely changed the call before.’ He sees something, he’s so instinctive. He wants to be in the best position for his teammates, but he also wants to go make a play and wants somebody else to make a play. And usually nine times out of ten he’s right. It’s just dope having somebody who’s super smart in the game like that.”

Fitzpatrick clearly has a very high football IQ and to have the ability to just call plays from what he is seeing out there means it is like having a coach on the field. It reminiscent of Ben Roethlisberger’s final few years where he would call plays at the line of scrimmage based off what he was seeing. Having that type of football knowledge is a huge asset to the defense as he can change a play based off the look the offense is presenting once they leave the huddle. His ability to call what he sees probably contributed a lot to helping the Steelers finish the season tied with the San Francisco 49ers with league high 20 interceptions.

A great team player Fitzpatrick’s ability on the back end the Steelers haven’t seen since Troy Polamalu. Both players are super instinctual and were the best at their positions. While there was certainly a defensive back drought in Pittsburgh since Polamalu retired, it seems that Fitzpatrick has filled that void, and since he has arrived in Pittsburgh he has played a high part in the Steelers defense becoming elite again.