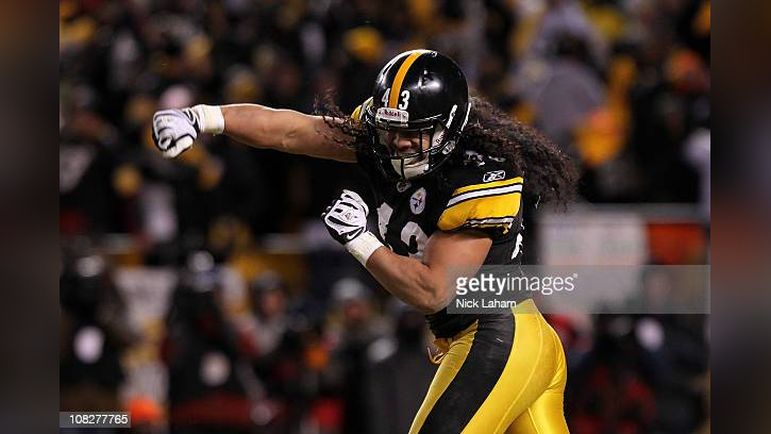 Minkah Fitzpatrick is the first Pittsburgh Steelers’ safety to win team MVP since Troy Polamalu. So it’s little surprise to know Fitzpatrick models his game after Polamalu. Though the two had different roles and slightly different styles, their impact has been the same. Playmaking, game-changing moments and defenders opposing offenses always have to be aware of.

Speaking to reporters after winning the award via the team’s Twitter account, Fitzpatrick compared his game to Polamalu.

“Troy is definitely a guy, whether I played here or for another team that I definitely would model my game after,” he said.

Results have been modeled too. Fitzpatrick has a career-high six interceptions this season, even more than his breakout first season with the team in 2019. It’s the most by a Steelers’ DB since Troy Polamalu had seven in 2010, the year he was named Defensive Player of the Year. Fitzpatrick’s six picks this season tie for the league lead and he could become the first Steeler to have a share of the top spot since Mel Blount in 1975.

Polamalu’s and Fitzpatrick’s styles aren’t identical. Polamalu was a big bigger/thicker, a bit quicker, a harder hitter. Polamalu played strong safety, Fitzpatrick free safety, but their skillsets lend itself to covering all areas of the field. In some respects, the other parts of their game aren’t given enough love. Polamalu’s great hands weren’t talked about enough while Fitzpatrick’s tackling has been criminally underrated as one of the best tackling defensive backs in football.

But for both men, when the ball was in the air, they made plays.

“[Troy] was an extremely instinctive safety. He moved around, could do whatever they ask him to do. I kind of see myself in a similar light. He’s a guy that had a nose for the football. I try and find the football. He was a guy who was always in position, never out of position. So sometimes the ball will find him. People call it luck who don’t know football, but it is just being in the right position, looking at the right things.”

Nothing either guy has done throughout their career has been lucky. All earned, not given. Even Fitzpatrick’s game-sealing interception against the Ravens Sunday night on what looked like an errant pass by QB Tyler Huntley was a product of Fitzpatrick being in the right spot. Plays earlier, the Ravens ran a similar playcall with Huntley attempting a similar throw. That one fell short of Fitzpatrick’s arms but the second time around, Fitzpatrick made the play.

Both men also made countless clutch plays in their career. Polamalu’s career is best remembered by his pick-six to beat the Baltimore Ravens in the 2008 AFC Championship Game, hoisting the ball over his head and into the end zone as Pittsburgh punched their ticket. Fitzpatrick hasn’t had the chance for that kind of moment yet but he has two fourth quarter interceptions to seal victories, picks against the Falcons and Ravens. .

In fact, Fitzpatrick is moving up the Steelers’ leaderboards. He needs just one more interception to become the 15th player in franchise history with 20 in his Pittsburgh career and the first to do it since, you guessed it, Polamalu in 2009.

While their games aren’t 100% the same, their impact is. So could be their final destination. Polamalu is already in the Hall of Fame. Based on Fitzpatrick’s career arc and potential, he could one day join him in Canton.