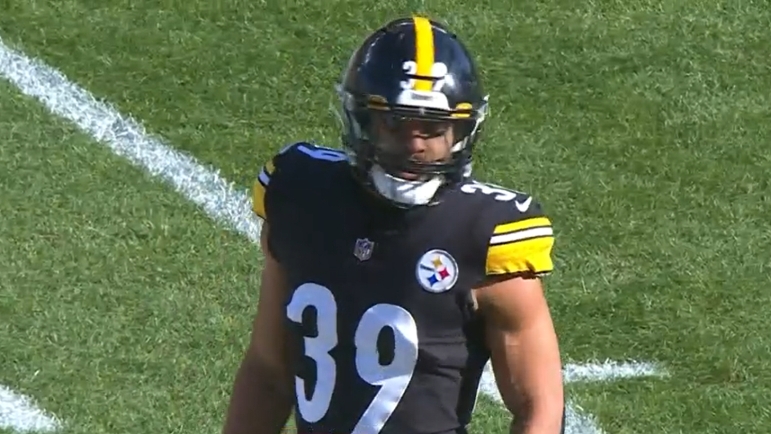 Nearly two weeks ago, the Pittsburgh Steelers’ 2022 season came to an end. They pulled off the improbable, coming back from a 2-6 start to the season and finished 7-2 down the stretch. They gutted out close wins against the Las Vegas Raiders and Baltimore Ravens and put a stamp on the season by beating the Cleveland Browns at home by two touchdowns, notching them yet another winning season and giving themselves a chance to make it into the playoffs.

However, luck wasn’t on their side as the Miami Dolphins beat the New York Jets that afternoon, clinching the seventh seed in the AFC after defeating Pittsburgh earlier in the year, eliminating them from playoff contention.

It was tough season for the Steelers who now go into offseason mode until late spring after the NFL Draft has concluded. As many players have taken to social media to reflect on the season that had just ended, S Minkah Fitzpatrick recently reminisced on the season and the life lessons learned along the way.

“Thankful for it all,” Fitzpatrick said on his Instagram account. “The highs the lows. The ups the downs. The bumps and bruises. This season allowed me to grow as a player, and more importantly, it forced me to grow as a man. Thank you to all my brothers for allowing me to walk alongside you. Til next season.”

If you had to ask every player in the locker room, they would tell you that this isn’t the way they wanted their season to end. The expectation is to make it into the playoffs, win playoff games, and compete for championships. Recently, the Steelers haven’t done a good job of that, not having a playoff victory since 2016.

However, while this season didn’t go the way we all hoped, Fitzpatrick recognizes the importance it had on him not only as a player, but as a man. Minkah Fitzpatrick was elected to another Pro Bowl and named a first team All-Pro. He tied the league-high in INT and make countless plays that changed the course of games this season. Still, Fitzpatrick mentions the growth he had as a man this season, having to battle adversity and keep his head held high despite the poor start to the season.

HC Mike Tomlin didn’t stray on his message to his team despite the poor start to the season. He remained consistent in his message at committing to improvement at individual and collective levels, challenging his players to rise to the occasion, regardless of the adverse circumstances. Numerous players commended their head coach as the season ended, stating that his message never changed and that his steadiness gave the players the confidence that they could fight back into relevancy.

They managed to do just that, coming just a game short of making the postseason after looking like a lock for a top five draft pick this spring. Tomlin has had a way of mentoring young players and wanting them to become men on the field, in the practice facility, in the community, and in their respective homes. Through all the ups and downs, Minkah Fitzpatrick knows that he has grown in this way through a chaotic 2022 season. Hopefully this experience will allow him to take a step forward as a leader next season as the Steelers look to pick up where they left off, having room for optimism to compete in 2023.