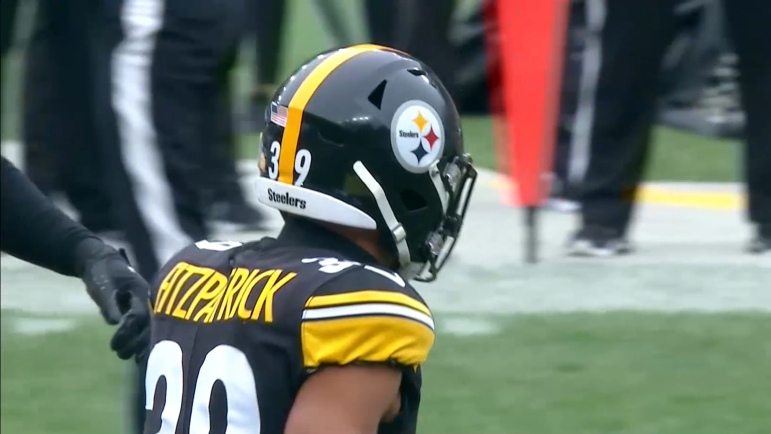 Minkah Fitzpatrick is the lone Pittsburgh Steeler to make Pro Football Focus’ 2022 first-team All-Pro squad. An unsurprising but equally deserving selection, Fitzpatrick is coming off a career-year with six interceptions In explaining the choice, PFF writes:

“Fitzpatrick is capable of game-changing plays, so his highlight reel stacks up with any safety in football. He doesn’t always play at that level, but when he does, he is an unquestioned All-Pro. This season, he generated six interceptions, four pass breakups and posted the best PFF coverage grade (83.3) of his career.”

His six picks tied for the league lead, the first Steeler to accomplish that since Mel Blount all the way back in 1975. Fitzpatrick’s picks were timely too, two coming late in the fourth quarter to close out wins over the Atlanta Falcons and Baltimore Ravens, propelling the Steelers to a 7-2 stretch run that nearly saw them make the playoffs. In fact, Fitzpatrick was the only player in the NFL this season with two interceptions in the final two minutes of games.

As PFF hints at, Fitzpatrick’s play perhaps wasn’t as consistent as past years. He had a down game in Week 8 against the Philadelphia Eagles, allowing a long touchdown pass to WR A.J. Brown. Then again, no one on the Steelers played well that day, a blowout loss heading into the bye. Those blips aside, Fitzpatrick was excellent and quarterbacks rolled the dice throwing his way.

The good news is Fitzpatrick’s tackles decreased compared to last year. In 2021, he notched 124 tackles, the most ever by a Steelers’ safety, and an average of 7.8 per game. In 2022, he had just 96, 6.4 per game, and his solo tackles dropped by 1.5 per game. A stronger front seven forced Fitzpatrick to make as many stops but his tackling remains underrated and an excellent part of his game too, a complete player who doesn’t have a weakness.

Fitzpatrick’s accolades will continue to grow over the days and weeks. The NFLPA will unveil its own All-Pro team tomorrow while the league’s official roster will be released in the coming days. Last year, it was revealed on January 14th.