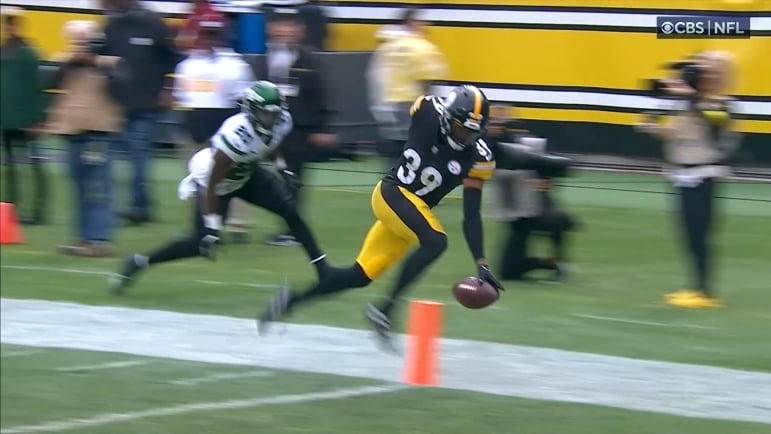 The Pittsburgh Steelers—and the rest of the league, barring perhaps the Bengals and Bills—have one game left to play. As we sit here today, nobody in the NFL has recorded more interceptions in 2022 than has safety Minkah Fitzpatrick, who secured his sixth of the year on a game-sealing takeaway with seconds to go in Sunday’s win over the Baltimore Ravens.

That marked a career-high for the fifth-year safety and the most by any Steeler since Troy Polamalu had seven in 2010 (and in 2008). But if things continue on this path, he could do something that not even Polamalu ever did—indeed, something no Steeler has done since Mel Blount in 1975.

Fitzpatrick is currently in a four-way tie for the league lead with C.J. Gardner-Johnson, Justin Simmons, and Tariq Woolen with six interceptions. As long as nobody reaches seven, or if he keeps pace with anybody who does, he will be the first Steeler to lead the NFL in interceptions (or share the lead) since Blount, who recorded a Steelers-record 11 interceptions back in 1975, just before the Mel Blount Rule was enacted.

Now, obviously, seven interceptions are more than six interceptions, so unless he gets another one, then Polamalu’s 2008 and 2010 seasons would stand above Fitzpatrick’s in terms of volume. But Ravens safety Ed Reed finished with more interceptions than Polamalu in both of those seasons—nine in 2008 and eight in 2010. Polamalu still won the Defensive Player of the Year Award in 2010.

It’s somewhat remarkable that of the seven Steelers who have led the NFL in interceptions in a season, only one led outright, even when that player had as many as 10. Yet, in some years, the league lead has been as low as only six interceptions, which it currently is this year, and may be by the end of this weekend.

As far as team history goes, Fitzpatrick would need another interception to make much of a dent on the all-time single-season leaders’ board. They have 10 individual seasons in which a player recorded at least eight in a year, and 15 more with seven, so he is only tied for the 26th-most interceptions in a single season in team history.

His 17 career interceptions with the Steelers through four-plus seasons, however, are already enough to place him 20th all-time in franchise history. He would need another 11 just to tie Jack Lambert for a place in the top 10, however. And he has a long way to go to catch up to the likes of Butler, Blount, and Donnie Shell, all Hall of Famers, all with 50-plus in their Steelers careers.