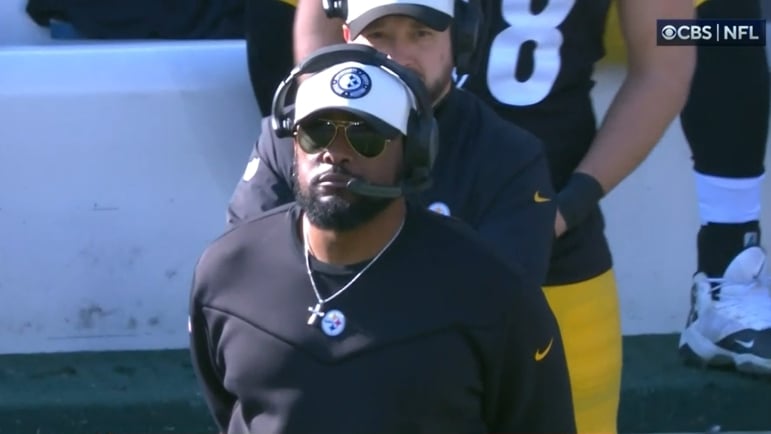 Thanks to the 28-14 win over the Cleveland Browns on Sunday at Acrisure Stadium in Week 18, Pittsburgh Steelers head coach Mike Tomlin tied legendary Chicago Bears head coach and Pro Football Hall of Famer George Halas with the third-longest streak of seasons finishing .500 or better by a head coach in NFL history, thanks to his 9-8 record, according to Elias Sports.

Though the Steelers didn’t make the playoffs due to the Miami Dolphins win over the New York Jets, Tomlin kept his non-losing seasons streak alive, helping the Steelers rebound from a 2-6 record and a 3-7 mark in October, rallying to finish 9-8.

With a win today, Mike Tomlin will have 16 consecutive winning seasons, matching George Halas for the 3rd-longest streak of seasons finishing .500 or better by a head coach in NFL history (via @EliasSports).

Steelers started 2-6, and are two minutes from finishing 7-2.

Since taking over as the Steelers head coach in 2007, Tomlin has never experienced a losing season, which is rather remarkable in today’s NFL. Sixteen years in charge and the Steelers have played just one game in Tomlin’s tenure when they were not in playoff contention.

Prior to that, the last time the Steelers played a game that wasn’t meaningful was Week 17 of the 2012 season against the Cleveland Browns. That Week 17 matchup occurred on December 30, 2012. the Steelers lost in Week 16 to the Cincinnati Bengals, 13-10, to be eliminated from the playoffs. In that Week 17 matchup, the Steelers beat the Browns 24-10 to reach .500, keeping Tomlin’s streak alive.