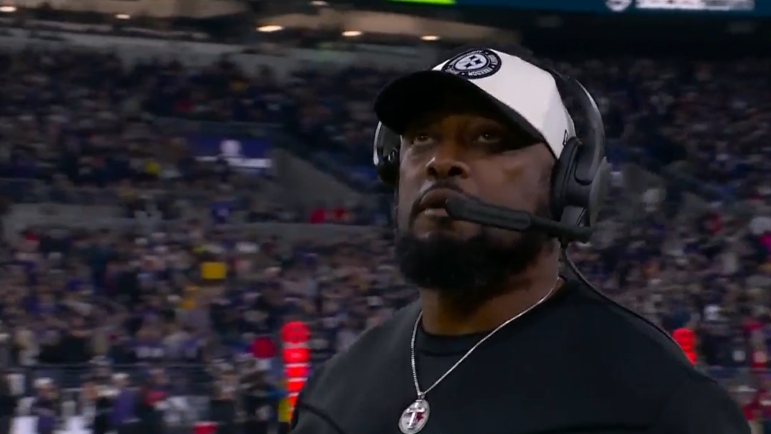 It hasn’t taken more than a season for center Mason Cole to know what kind of coach Mike Tomlin is. Frankly, it probably took less than that. Signed as a free agent in the offseason, Cole went through every bit of the Steelers’ ups and downs. The highs of winning Week One, the lows of bottoming out to 2-6 at the bye, the thrill of making a second half surge rarely seen in NFL history only to fall just short of the playoffs. But the Steelers won their last four, all necessary for Mike Tomlin’s non-losing streak to stay alive.

Speaking about that and the broader view of Tomlin as a head coach, Cole heaped plenty of praise on him following Sunday’s finale.

“He’s special, man,” he said postgame via Steelers.com. “If he’s not up there with the best in the league, Tomlin’s unbelievable. I played for other coaches and to be here and be around this guy, I get it. I get him, I get the Steelers, I get this city. I’m really appreciative of it.”

Cole has played for three NFL teams. Drafted by the Arizona Cardinals in 2018, he was traded to the Minnesota Vikings in 2021. After bouncing between backup and starter there, he signed a three-year deal with the Steelers this offseason. For the first time, he’s found a consistent role and hopefully, a place to call home.

Not that 2022 wasn’t without its unique challenges. Cole was the man in the middle for a rollercoaster of a year, the Steelers wildly swings with big downs and big ups. He helped anchor and bring leadership to a young offensive line, even though Cole was new and only 26 years old himself, he immediately became the oldest and one of the most experienced players up front.

Cole was also something of a football warrior, playing through an ankle injury essentially all season and hardly missing time. Even today, he entered the medical tent with an ankle injury but didn’t miss a snap. His play didn’t greatly suffer either. Cole was technical, smart, and wasn’t a liability in the pass or run game. Compared to a year ago when the Steelers shoehorned Kendrick Green into the middle, Cole’s play was a serious upgrade.

A year in Pittsburgh, he has a first-hand account of why Mike Tomlin is a “players coach.” Not because he’s buddy-buddy with the whole team but because he’s unwavering, able to rally the team through storms and come out the other side. He has criticisms and the Steelers’ playoff win drought continues, a serious issue for this organization but Tomlin’s message is steady and he’s never lost the locker room. This year proved it as much as any. And he’s gained the respect of Cole, who figures to man the middle of this offense again in 2023.