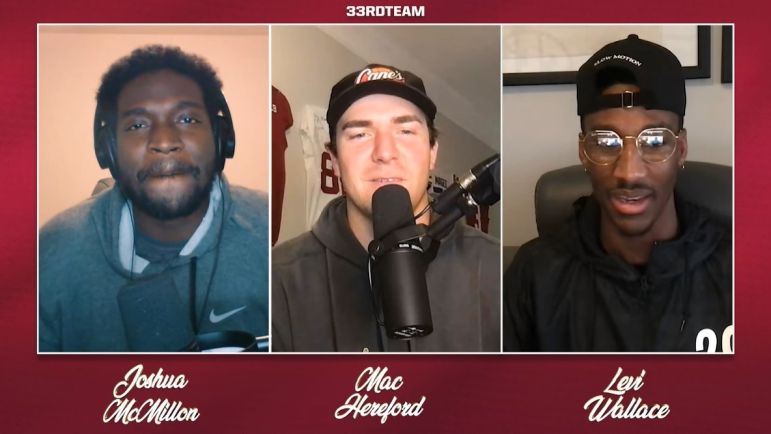 If you want a window into the lengths QB Kenny Pickett will go to gain an edge, CB Levi Wallace offered yet another example. Appearing on The 33rd Team podcast yesterday, Wallace told the story of his interaction with Pickett before his first start in Week 5 against Wallace’s former team, the Buffalo Bills.

“He wanted to meet with me personally,” Wallace told the show. “We sat for like 40 minutes leading up to the game because he wanted to know every single detail about coverages and what he’s looking at. Ways he can find ways to get the ball out to his players. He’s super competitive. He only got better as the year went on.”

Ultimately, the extra study didn’t pan out as the Steelers were blown out by the Bills 38-3. Pickett didn’t play a terrible game though, going 34/52 for 327 yards and an interception. Going to Buffalo for a first career start is about as tough of a situation a quarterback can be put in. The Bills quickly built a lead and without a run game, the Steelers played catchup and paid the price.

It’s the broader point that matters. Pickett’s already shown himself to be a leader and film junkie, absorbing as much information as he can to make him as prepared as possible. Having the foresight to talk to a former Bills’ player and pick his brain is impressive enough. As he shared yesterday on The Pat McAfee Show, he even joined Mike Tomlin and the coaching staff in meetings early in the week to get a jump on the gameplan, an unusual move for a rookie quarterback. But it’s one that shows how seriously Pickett takes the job.

In fact, Pickett was doing the McAfee Show from the Steelers’ locker room, saying he took a week off after the season but had already returned to training and making plans to workout with players in Florida later in the offseason. He’s the team’s unquestioned starter heading into 2023, no longer the wide-eyed rookie battling for his place on the depth chart.

“I’m excited to see where his career takes off from here,” Wallace said.

As Wallace noted, Pickett’s progression has been evident throughout his first week. He had a shaky first week of training camp but got much better the rest of the summer, doing enough to surpass Mason Rudolph as the team’s #2 quarterback for the start of the season. When he saw regular season action, he took his lumps, including in that first tough start against the Bills. But by year’s end, he progressed in serious and meaningful ways, leading the team on two game-winning drives to close out the season on a four-game win streak. Wallace echoes what everyone else is saying and seeing that Pickett has the keys to be the team’s next franchise quarterback. He’s driving this bus Week One and how well he does will define how far this Steelers’ team goes.