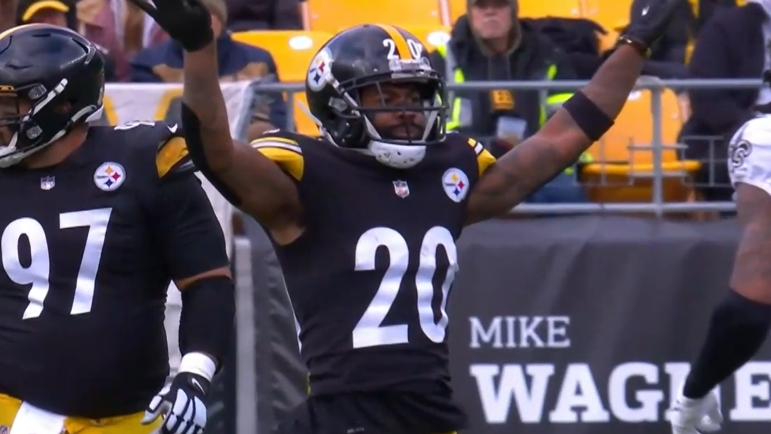 Our second annual Steelers Depot awards, choosing our superlatives of the Pittsburgh Steelers’ 2022 season. Like last year, we’re naming the Steelers MVPs, the Rookie of the Year, the Play of the Year, and several other categories.

Several of the Depot crew will submit their own written ballots over the next several days. We’ll tally up votes from the entire team. For now, here is my ballot.

The first vote might be the hardest. With an offense that struggled for much of the year, there was no clear-cut choice. Kenny Pickett, Najee Harris, and George Pickens were all viable options. But I’m landing on Freiermuth. Despite a concussion, a knee injury to end the year, and a couple of dud games along the way, the price of paying in a run-first offense, Freiermuth still had a strong sophomore season.

The Steelers smartly opened up his role and got Freiermuth downfield. His second reception of the season went for 31 yards, longer than any catch he had as a rookie. He finished 2022 with just three more receptions than last year but had 235 more yards. His touchdowns fell, thanks to a Steelers’ underwhelming pass game that tossed just 12 of them, but he has a key target on third down. His in-line blocking still has work to do and his game still has areas to work on, he must get out of his stance quicker, but his blocking in space has always been an asset.

Bottom line, this is why I went Freiermuth. Everyone else on this offense had ups and downs. Harris, Pickens, the o-line, Pickett, heck, throw in Diontae Johnson even though no one was probably considering him here anyway. Freiermuth didn’t. He played well all year, start to finish. That steadiness nets him the award.

A little more obvious here, though there are stronger candidates on this side of the ball. Cam Heyward was excellent as always and earned my vote last year but this year, it goes to Fitzpatrick. A career-high six interceptions, still steady tackling, and importantly, he closed out key games the second half of the season. Game-sealing interceptions against Atlanta and Baltimore to vault Pittsburgh into playoff contention over the final stretch.

His six picks led the team on a defense that tied for the league lead in picks. He made big plays, prevented big plays in the run game, and is the one man in the secondary quarterbacks must be aware of at all times. A professional on and off the field, he’s everything you look for in a Steeler.

Perhaps a bit of a surprise here, choosing Warren over Kenny Pickett and George Pickens. But I’m a sucker for guys like Warren. Undrafted dudes with massive chips on their shoulder. Still, this award isn’t charity, it’s all earned. Warren immediately turned heads in the summer, shining in backs on ‘backers drills and making the team as the #2 on the depth chart. With quality play, his role ascended throughout the year. By Week 5, he took over as the third down back and by the end of the year, he was seeing more action on early downs.

For a rookie, he’s trusted in all situations. Runner, receiver, blocker. Tough as nails with a bowling ball downhill run demeanor, Warren was simply fun to watch. Bouncing off defenders, running through others, and taking on blitzing linebackers in the pass game. His hands are underrated and he made tough third-down catches, especially late in the year. On top of all that, he cut his teeth on special teams, showing the same fire running down kicks as he did running the ball. Warren was as much fun to watch without the ball in his hands as he was with it, his blocks in space on jet runs were always max-effort, and the dude truly embraced every chance he took. His emergence improved the run game in the second half and was even good for Najee Harris, keeping him fresh down the stretch. Pittsburgh found a gem.

Sutton playing well-enough isn’t a surprise. He came into the year as a solid player. But the season he had surpassed my expectations, especially battling as an outside cornerback so often seeing top receivers. Sutton had a big year, finishing with a career-high three interceptions and a whopping 15 pass deflections, nearly more than double than his best mark in any year prior to 2022.

But the stats go deeper than that. On the season, he had a QB rating against of just 63.3. Post-bye week, that number dropped to 56.3. Sutton may still not be that #1 lockdown corner but he rose to the occasion this year. His versatility was an asset playing on the outside, slot, and even a bit at safety, which helps rotate and move Minkah Fitzpatrick around. He also evolved as a leader, replacing Joe Haden’s shoes.

Sutton’s play will pay off this offseason. A pending free agent, he’s not a guy the team can afford to lose.

Witherspoon went the opposite way of Sutton. The team’s best cover corner the last six weeks of 2021, he was counted on to again be that guy this season. He fell far short. A hamstring injury wiped out a good chunk of his season but when he played, he was torched. Starting with giving up the game-tying touchdown against the Bengals in Week 1 and then getting torched in his final game of the year, Moss’d by Eagles’ WR A.J. Brown in a blowout loss. On the year, he allowed a QB rating against of 128.0 and yet again has shown he can’t find consistency in his game. With Levi Wallace playing well, Witherspoon’s future with the team is in question.

Maybe it’s grading on the curve after watching Kendrick Green miscast in the middle last season but Cole was a solid center for the Steelers. Tough, a leader, a good communicator, with proper technique and consistent play, Cole anchored a young and growing offensive line. He played hurt with an ankle injury but hardly missed time. And his play was above-the-line. Fine as a run and pass blocker, there aren’t any serious weaknesses or major liabilities to his game. Even his snaps were solid all year (sans one against Tampa Bay), something that wasn’t a given from Green. Once thought of as a stop-gap, he should be the team’s starting center next season.

Several worthy options here. It came down to Pickens’ catch versus Pickett’s game-winning touchdown against the Ravens. Pickett’s play carried more weight but Pickens was just the best flat-out play, a 10/10 on the difficulty/amazing scale. I mean, just take a look at this grab.

An amazing catch and sums Pickens up, the ability to make the ridiculous look routine. But don’t be numb to it. This is one of the best grabs you’re ever going to see. And he did it in his third regular season game.

Many would lean OL Coach Pat Meyer but I’ll pivot to Austin. A first-year DC, it’s true Mike Tomlin has a big role in the defense and handles playcalling on gamedays. But Austin plays a key role in the formulation of the gameplan and strategy that was tested often this year. Losing T.J. Watt Week 1, having a secondary made up almost entirely of backups in Week 6’s upset win over Tom Brady.

No, it wasn’t always pretty. The results weren’t always there, at least in the first half of the season. But you could see how much the coaching staff worked, how they brainstormed, and how they added wrinkles and something new almost every single week. The 3-3-5 with DeMarvin Leal as a hybrid edge, running a variety of different packages and groupings from amoeba fronts to 3-5 looks to the 4-4 defense that was effective late in the season, stemming their front the back half of the year and drawing an insane seven false starts, 35 free yards. That staff did everything in their power to make this defense work. And by the second half of the year, they were as good as any defense in football.

In final results, the Steelers picked off 20 passes, tied for the most in football. Since Austin was hired as DBs Coach in 2019, the Steelers have finished top two in interceptions three times, including holding the top spot twice. Austin has a ballhawk mentality that’s reflected in how the team’s practiced, far more turnover circuit drills in camp than before, and it’s paid off on Sundays.

Throughout the year, I’d occasionally hear some want to fire Austin. Some, crazily enough, still do. I’ve always felt the opposite. The guy shouldn’t be fired. He should be praised and the Steelers are fortunate to have him.

Pretty obvious and pretty chalk choice here. Robinson got his feet wet at the end of his rookie season and flashed what makes him attractive. His run defense, his physicality, his all-gas-no-brakes mentality we haven’t seen enough in Steelers’ inside linebackers over the years. Robinson didn’t know what he didn’t know and there’s a reason he spent most of the year inactive. But a full year in the NFL with lanes opening in the LB room, Devin Bush, Robert Spillane, Marcus Allen all set to be free agents (though one or two, at least Spillane, are likely to return) meaning Robinson will have a path to a consistent gameday helmet and potentially playing time next year.

When the team reports for training camp in the summer, Robinson will be one of the top players I’ll be watching, seeing how he makes the jump from Year One to Year Two. You’d expect a big summer.

By their standards, Pittsburgh had a busy free agency in Kevin Colbert’s final offseason running the show. Daniels was their most expensive signing and for a time this summer, it looked like the wrong one. He had a poor training camp, repeatedly beat in 1v1s, and those struggles carried over to the season. But he was merely adjusting to Pat Meyer’s system, he certainly wasn’t alone in that, and once he got comfortable, his play spiked up. He ended the year as the team’s best offensive lineman who now thrives under Meyer’s technique. He’s a good run blocker, can pull and zone block, and shows a strong anchor in pass protection while being available. He’s also one of the leaders of the line. It took some time but he looks like the right signing.

T.J. Watt will likely be the most popular answer and for good reason (Ben Roethlisberger is a valid one, too). Without him, the Steelers’ pass rush tanked. But I’ll go a little different with Smith-Schuster, enjoying a fun year in Kansas City this season. Pittsburgh replaced his slot role with Chase Claypool, Steven Sims, and Gunner Olszewski. Claypool was a poor fit and dealt to Chicago while Sims and Olszewski made a bigger impact as runners than receivers. It fit Canada’s principles as OC but they got next-to-nothing in the passing game where Smith-Schuster would’ve been a consistent threat and a bigger one if used properly.

Granted, Pat Freiermuth absorbed plenty of those Smith-Schuster targets, option routes over the middle of the field, but a guy like Smith-Schuster would’ve given this offense another weapon and added more balance.