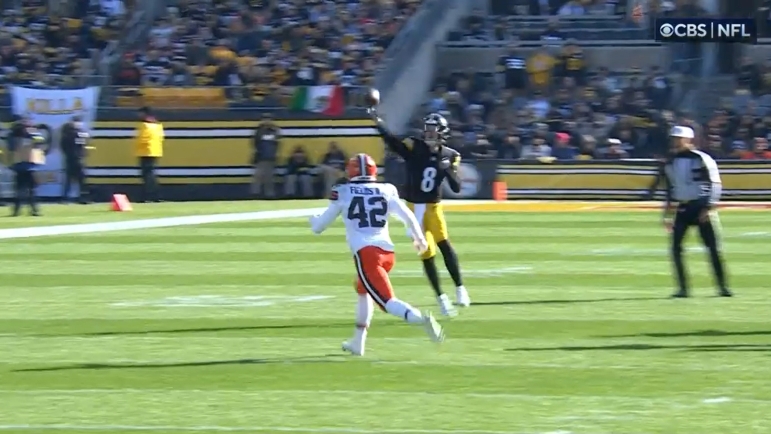 The way the Pittsburgh Steelers closed the season, going from 2-6 and 3-7 to finish 9-8 with one of the youngest offenses in football, optimism should be rather high entering the offseason.

Under head coach Mike Tomlin, the Steelers not only avoided the non-losing seasons streak, but figured out a way to remain relevant down the stretch and fight for a playoff spot even after a tough start, rebounding with an impressive 7-2 close to the season, showing just what they can become moving forward, starting in the 2023 season.

Rookie quarterback Kenny Pickett showed real gamesmanship, leading two game-winning drives in back-to-back weeks to beat the Las Vegas Raiders and Baltimore Ravens in primetime, the run game with running backs Najee Harris and Jaylen Warren, and the offensive line looked much better to close the season, and the highest-paid defense in football buckled down late in the season with everyone healthy, playing up to expectations, helping the Steelers win consistently late in the year.

Kenny Pickett is ready to take it to the next level in Year 2 in the NFL ! #Steelers #NFL pic.twitter.com/WGMQsQJ9cs

There’s one thing that should have Steelers fans optimistic though, according to CBS Sports’ Cody Benjamin, and it has to do with Pickett. No, it’s not his physical traits or his clutch factor or anything like that. No, it’s largely what makes him a Pittsburgher at this point in his sixth year in the city: his grit.

“And that’ll only take you so far if your play-calling and protection aren’t up to par, of course, but if 2022 was about one thing for Pittsburgh, it was confirming the rookie QB has the tools worthwhile of investment,” Benjamin writes regarding Pickett’s grit, which should have the Steelers optimistic moving forward. “Now it’s up to Mike Tomlin and Co. to actually devote time and resources to putting him in a position to win.”

Pickett showed rather quickly in his tenure as the starting quarterback for the Steelers that he had the necessary makeup to be the right man for the job. The moment never seemed to big for him, he oozed confidence and really just believed in his abilities no matter what. That’s hard to quantify as a quarterback and remains rather invaluable.

While he does have some of those gunslinger traits in which he’s sometimes too confident in his ability to make a throw or hold onto the football and make a play out of structure, more often than not there’s a ton of good that comes from his out-of-structure play. Once he learns how to fully be an NFL quarterback in-structure, look out.

There are plenty of reasons to be optimistic about Pickett moving forward.

Having this occur so quickly in his Steelers’ tenure is extremely encouraging.