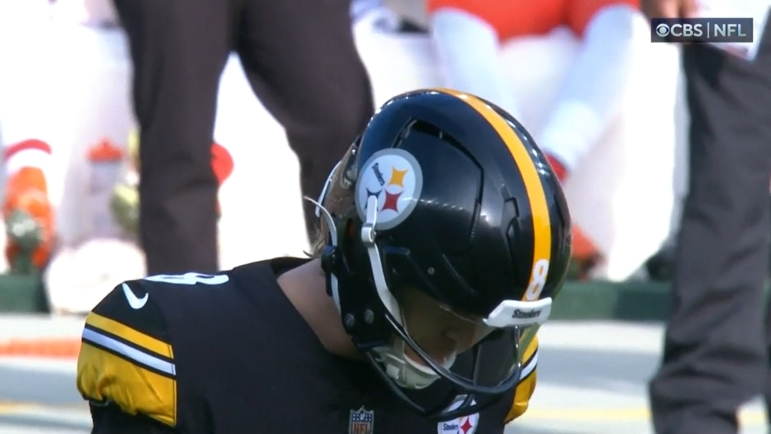 Pittsburgh Steelers QB Kenny Pickett spoke to the media following the game and was asked about what value a playoff berth would have meant to him in terms of having another opportunity to improve and develop in a postseason setting. Pickett responded that playoff experience falls below what contending for a title would mean to him and this football team.

“I don’t even think that it’s just about my learning curve,” Pickett said to the media Sunday during his post-game press conference which aired on the team’s YouTube channel. “I think it’s about playing for a championship. That’s what it’s all about. So, we would’ve had an opportunity if we had that chance. When you don’t take care of your own business, you don’t control your own destiny. So, that’s just what happened.”

The Steelers won the game they needed to win against Cleveland, and the Bills did them a service to defeat the Patriots who defeated Pittsburgh back in Week 2. However, the last domino that needed to fall for the Steelers to sneak into the playoffs was to have the Jets beat the Dolphins, and New York couldn’t get the job done.

Pickett can feel the sting about getting eliminated for postseason contention as he may feel directly responsible for Pittsburgh’s loss to Miami back in Week 7 on Sunday Night Football. If you remember back to that game, Pickett threw three INTs with two coming on back-to-back drives in which a TD would’ve put the Steelers on top of the Dolphins after the defense kept Miami from getting onto the scoreboard in the second half.

Pickett has grown as a passer since then, showing better ball security as a passer while helping his team go 7-2 after the bye week and get back into playoff contention when Pittsburgh was primed to pick in the top five of the 2023 NFL Draft at the midway point of the season. While several other factors went into Pittsburgh losing to Miami a few months ago, it’s easy to see where Pickett may feel conflicted as his previous mistakes against the Dolphins took Pittsburgh’s playoff hopes out of their own hands.

Jason Sanders connects to give Miami a 9-6 lead with 18 seconds to go!

In the end, Kenny Pickett showed growth and poise during his rookie season, struggling initially to take care of the football and move the offense down the field, but showed impressive flashes in the waiting moments of games including against the Ravens and Raiders where he successfully led the offense down the field late in the fourth quarter to take the lead and secure the win. However, Pickett’s previous mistakes will be a great learning lesson regarding the importance of every game, particularly Pittsburgh’s loss to Miami.