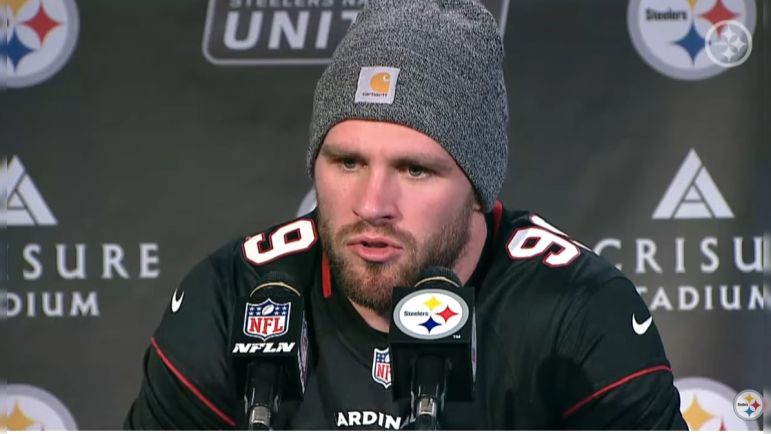 The Pittsburgh Steelers’ 2022 season is over.

And they were just getting started.

T.J. Watt said what was evident over the second half of the season. Pittsburgh turned their season around and found their stride the back half of the year, going 7-2 since the team’s Week 9 bye week.

Speaking to reporters postgame, Watt admitted he was disappointed not just by failing to making the playoffs but by how well Pittsburgh was playing as their season wraps up.

“It all happens very fast,” Watt said via the team’s YouTube channel of seeing his season end. “I mean, it’s hard to fully understand that we don’t have a game this week and I think it’ll take a little bit of time to kind of understand and come to terms with it. Because I feel like we were just starting to play some really damn good football.”

Just after Pittsburgh wrapped up their win over Cleveland, the Miami Dolphins took care of business against the New York Jets, winning ugly but winning nonetheless 11-9. Miami hit a 50-yard field goal with 18 seconds left to go ahead. That win eliminated the Steelers from postseason contention, unable to dig out of of a 2-6 and 3-7 hole.

The first half of the Steelers’ season was defined by a lack of a run game, too many offensive turnovers, and a defense that failed to win close games. The second half was the opposite. Pittsburgh found an identity offensively and though points were still fleeting, they took care of the ball and possessed it, consistently winning the time of possession battle, including in today’s win over the Cleveland Browns.

Watt returned after missing the first half of the season with a pec injury. He and this defense played great football the back half of the year and held the opposing offense to under 17 points their final seven straight games, something only one other team – the San Francisco 49ers – accomplished this year and something Pittsburgh hadn’t done since 2001.

“We had a good chance to make some headlines. But we’ll never know,” Watt later said about making the playoffs.

While Pittsburgh is ending the year on a good and optimistic note, there’s likely to be a fair level of change to the roster, especially on Watt’s side of the ball. The team has multiple free agents including CB Cam Sutton, ILB Devin Bush, DL Larry Ogunjobi, and SS Terrell Edmunds. Some of them will be back but Pittsburgh will have plenty of cap space this offseason and the Steelers will spend come March, probably in similar fashion as they did this past year. GM Omar Khan and assistant Andy Weidl enter their first full offseason with the team and will act like it with a roster with financial flexibility and good draft capital.