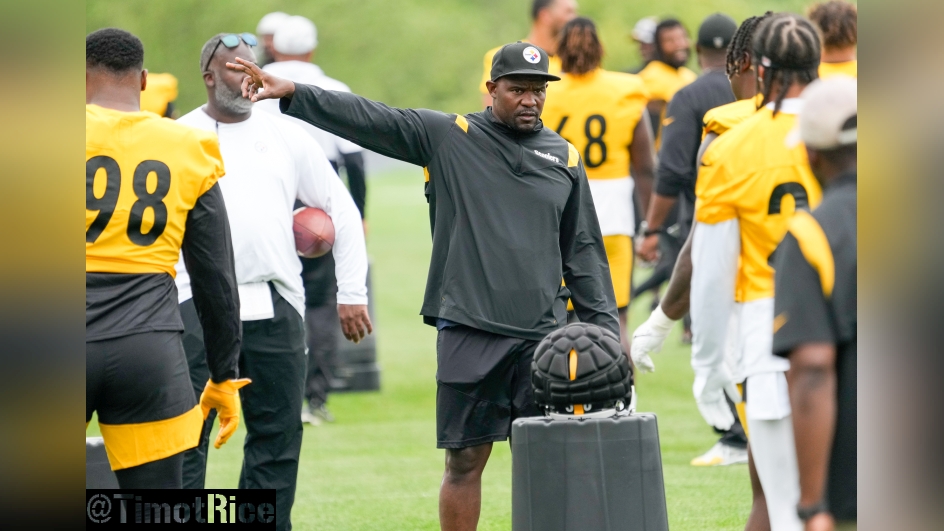 ESPN insider Jeremy Fowler recently posted an article highlighting the latest buzz he is hearing around the league pertaining to head coach openings and the top candidates for each open position. When discussing the Arizona Cardinals and their vacancy at head coach, he mentioned that one current Pittsburgh Steeler is receiving a fair amount of consideration for the job: senior defensive assistant/linebackers coach Brian Flores.

“The Cardinals could go defense this time around, and Vance Joseph, Brian Flores and DeMeco Ryans are part of the focus,” Fowler said. “All three will get their shot to win it. After asking around, I do think the buzz around Flores and this job is real. There’s some traction, but it’s still early. And Joseph is well-respected in the building, which helps his case.”

The Cardinals submitted a request to interview Flores several days ago for their vacancy at head coach, and Flores’ odds of becoming the next HC for Arizona have steadily risen in recent days, placing him dead-even with former Saints HC Sean Payton as the most likely candidate to get the job.

If the Cardinals hire Brian Flores Hard Knocks might need to come back.

This increase in odds and new from Fowler suggest that Flores has some pull within the organization which has struggled mightily on the defensive side of the football in recent seasons. Adding a tough, militaristic coach like Flores would surely help a Cardinals defense that has been gashed in total yardage and points allowed, seeing the entire team collapse this season, leading to the firing of former HC Kliff Kingsbury.

Flores also has the benefit of knowing the team’s new general manager, Monti Ossenfort, who was with Flores back in New England with the Patriots, being with the team together from 2006-2018. Ossenfort and Flores worked together in the scouting department before Flores made the move over to the coaching side, making their connection a strong one.

New Cardinals GM Monti Ossenfort spent 13 seasons with the Patriots while Brian Flores, a coaching candidate for Arizona, was in New England as an executive and coach. Could be a reunion in AZ

As Fowler stated above, Vance Joseph is already in the building and is a capable defensive mind that the players trust. However, with the Cardinals looking to clean house of the old regime, perhaps Flores will get the nod over Joseph given that the new man in charge worked side-by-side with him for 13 seasons where they won multiple Super Bowls together.