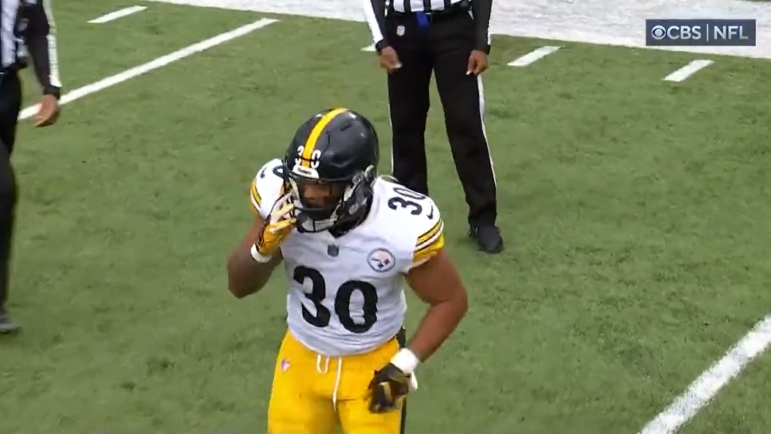 Sometimes it’s for the love of the game.

But sometimes, it’s about money.

And there’s nothing wrong with that.

Make money when you can make money. That was Jaylen Warren’s mentality after going undrafted. In the fever dream that is the undrafted free agent signing circus, Warren had a couple of offers on the table. One from Pittsburgh, and one from Green Bay. Of course, he signed with the Steelers, and in an interview with CBS’ Aditi Kinkhabwala for her Off The Field show, he offered a simple explanation as to why.

“They offered me the most,” he said.

It’s not often the Steelers are the high-bidders when it comes to UDFAs. Normally, they’re stingy and pinch pennies. Instead of offering partial base salary guarantees as many teams around the league do to circumnavigate the hard cap on signing bonuses, the Steelers only give out bonuses. But Warren wasn’t a highly sought-after free agent. Pittsburgh offered him $12,000 and that was evidently more than whatever the Packers were dangling in front of him.

Warren made the most of his money and his opportunity. He starred in training camp and passed every test. Thriving in backs on backers, putting on good tape on special teams, being healthy, available, and highly conditioned after Najee Harris missed nearly all the summer and Benny Snell also missed a chunk of time. His only blemish was fumbling, an issue now in the rearview mirror. Warren made the 53-man roster and his role has grown throughout the season from backup to third-down back to someone who now sees regular playing time in all situations.

While Warren also considered scheme fit and situation before signing with Pittsburgh, he admitted money was the driving factor. But the Steelers turned out to be the right decision.

“At the end of the day, I was like, they offered me the most and that’s what my eyes were looking at the time. Which is bad. I mean, it worked out but that’s not the way to go about things. And I guess I got kind of lucky that it worked out in my favor.”

On the year, Warren’s carried the ball 71 times for 343 yards and one touchdown with another 25 receptions. Since 1940, his 343 rushing yards are the most by any UDFA rookie in team history, even more than Willie Parker’s mark in 2004, who finished that year with just 186. His 25 receptions are also second-most by a Steelers’ UDFA rookie, only trailing Eli Rogers’ mark of 48 back in 2016.

But his impact goes beyond the box score. Warren is just as fun to watch without the ball as he is with it. A rarely good pass blocker for a rookie who plays with great energy whether he’s carrying the ball or lead blocking on a jet sweep. He’s just as fired up to run down a kick, he has three solo tackles this year, as he is carrying the ball himself. He’s a trustworthy player used in all situations and he’s allowed Najee Harris to stay fresh, benefitting both as the Steelers’ run game has come alive.

For Warren, $12,000 started his Steelers’ career. One year in and he’s made himself a lot more money than that.