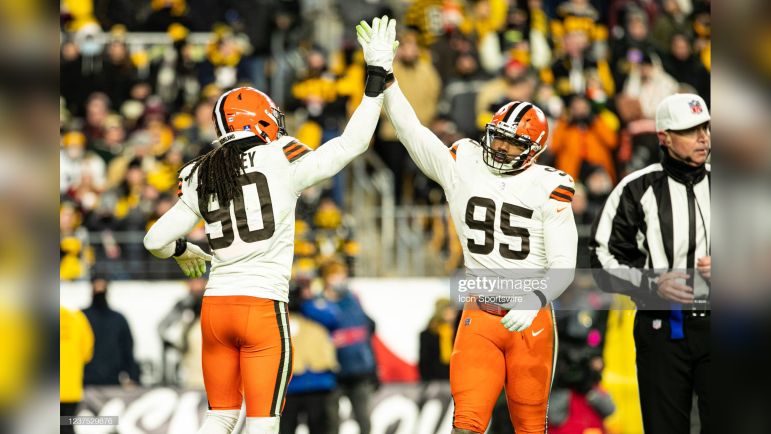 The Cleveland Browns spent years seeking out former first-overall defensive lineman Jadeveon Clowney before they finally managed to get him to agree to sign with them in 2021. He had a strong bounce-back season after dealing with injuries, finishing that year with nine sacks. A soft market helped coax him back for the 2022 season, but he doesn’t anticipate returning for a third go-around and seemed pretty open about explaining the reasons why.

Telling Mary Kay Cabot of Cleveland.com that he’s 95% sure he won’t be returning to the Browns in 2023, he explained that he feels he needs to play in a system where the coaching staff believes in him and his ability to make plays, saying it can’t “just be me believing in myself”.

He went on to intimate that he feels the team is propping up Pro Bowl defensive lineman Myles Garrett at his expense, putting him in the ideal matchups rather than having the two ends play sides, and questioning whether that’s best for the team or for just the player.

“You’re all trying to get somebody into the Hall of Fame when all that matters is winning”, he told the outlet, which certainly seems to imply he questions whether putting Garrett in ‘opportune’ matchups is in the team’s best interests. “Everybody got here for a reason, and we can all make plays. I know I am”.

Although he has once again been bogged down by injuries—really, the story of his career—the reality is that he only has two sacks this season and just four quarterback hits. He has totaled a mere 28 tackles heading into the final game with four tackles for loss. He does have a forced fumble and three passes defensed.

Garrett, on the other hand, is among the league leaders with 15 sacks, the second year in a row he’s posted 15 or more, with 24 hits, 53 tackles, 16 tackles for loss, two forced fumbles, and four passes defensed. He has already been named for the Pro Bowl and should get at least some consideration for the ultimate defensive prize.

Regardless of his comments about how the Browns have opted to employ Garrett as his expense, Clowney suggests that he has no issues with his teammate, even saying “I don’t even think he notices” that they’re optimizing his assignments. “I ain’t trying to say it’s him. I try to get along with everybody I play with. Me and him don’t have a problem. It ain’t his fault. It’s just B.S., and I don’t have time for it”.

He even went so far as to say that the Browns have “got their own guys, and I ain’t one of them, so it’s time for me to get my exit slip”. But he did allow for a 5 percent chance of returning. That would take a major shake-up on the coaching staff to coax him back and bring in those who believe in his ability to make plays. But it sounds unlikely that he’ll be back in Cleveland after laying this all out on the line—with a game yet to play.

It’s worth noting that no coaches have done an interview since this came out. Both head coach Kevin Stefanski and defensive line coach Chris Kiffin, Cabot writes, are scheduled to speak to the media today, so they’ll inevitably be asked to address Clowney’s comments. Including one in which he said that he’s made his money and he’s only playing for a love of the game, but that the coaching staff playing favorites with assignments is making him fall out of love.