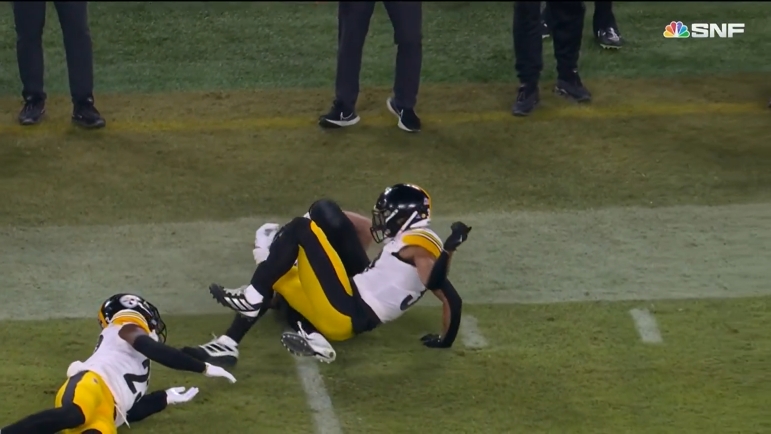 During his weekly Tuesday press conference, Mike Tomlin outlined the list of injuries the Pittsburgh Steelers are dealing with as they get ready for their must-win regular season finale against the Cleveland Browns.

Tomlin noted CB James Pierre is in concussion protocol while LB Myles Jack continues to deal with a groin injury and FS Minkah Fitzpatrick is still managing his the ankle injury suffered against the Ravens. But Tomlin was quick to note Jack and Fitzpatrick’s injuries shouldn’t impact their statuses this weekend.

“From a health standpoint, feel good about the group,” Tomlin said via the team’s YouTube channel. “Myles Jack wasn’t able to finish the game last week. We’ll put him back in the same process and be optimistic about his inclusion. We’ll see where the week leads us. James Pierre is in the concussion protocol. We’ll follow that and see where that leads us. And Minkah with his ankle that he was able to go back into the game and finish may limit him in the early portions of the week but I don’t know if any of us are overly concerned about the long-term prospects of that as we lean in towards play.”

Jack was questionable heading into Sunday night’s game against Baltimore. But he dressed and played in the first half before aggravating his groin injury and leaving the game around halftime. Devin Bush replaced him in certain package throughout the second half. Jack has 100 tackles on the season but was been hindered by groin and other injuries over the second half of the year.

Fitzpatrick suffered the injury tackling Ravens’ TE Mark Andrews. In the moment, it looked like a serious injury but he missed only three plays, grabbed a roll of tape for his ankle, and finished the game out. He ended the game by picking off QB Tyler Huntley to seal the win.

Pierre played just one defensive snap before leaving the field. He did make the tackle on the opening kickoff and potentially suffered the concussion then. The Steelers did designate CB Ahkello Witherspoon to practice last week and he could potentially replace Pierre should he be unable to clear protocol. Pierre has served as a starting gunner and worked in dime packages throughout the year.

The Steelers will play the Browns this Sunday at 1 PM/EST. The team will offer its first official injury report Wednesday afternoon.