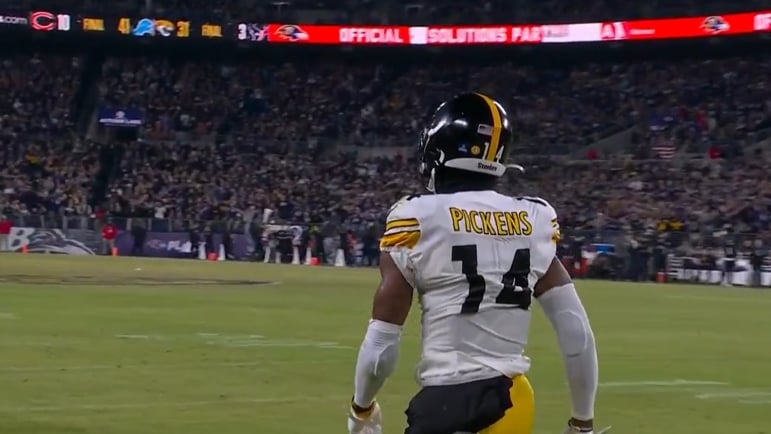 It didn’t take long after former Georgia wide receiver George Pickens was drafted in the second round last year before people were questioning why he wasn’t drafted earlier. This was before he ever put on an NFL jersey, but the re-evaluations only intensified once he got onto practice fields and then started making highlight-reel catches on a weekly basis inside stadiums.

How was it, exactly, that he ended up falling to the second round, again? Of course, he was healing from a torn ACL still, but there were also some concerns, at least in some circles, about his character and his maturity. We heard that in the draft coverage. Pickens did as well. And he believes his rookie season proves that was unfounded.

“I really think I showed everybody that took where I got drafted and the stigma they had on me before I even got in league, I kind of showed everybody, ‘Man, this guy is different’”, he said at the end of the season, according to Gerry Dulac of the Pittsburgh Post-Gazette. “I’m not the guy they said I was”.

He recalled the pre-draft questions about his character and his maturity, but he says that the team embraced him from day one. Obviously, they didn’t much buy into it if they were willing to take a wide receiver coming off a major knee injury in the second round.

Pickens finished his rookie year with 52 receptions on 84 targets for 801 yards and four touchdowns. Those numbers aren’t necessarily going to knock you down with a feather, but considering the difficulty the team had finding the end zone through the air this year, his four receiving scores are notable. He also had a rushing touchdown on top of that.

Over his final five games, he caught 15 passes for 289 yards and two touchdowns, including three catches for 72 yards and a touchdown in the regular season finale on Sunday. He had 17 explosive-play receptions on the season, including a 42-yarder, the team’s third-longest play from scrimmage on the year.

While there were a couple of moments over the course of the year where he showed some frustration about seeing a lack of targets, Pickens still believes that he turned narratives on their heads. “I feel like I showed the country, and the world, I’m not that guy”, he said. “I’m a team player trying to fight to the playoffs”.

They didn’t make the playoffs this year, but they could be primed to make a push as soon as next season if this young offense can continue to grow and come together. Pickens will be a central part of that and should have fewer reasons to get frustrated on the field if he can find ways to get open more consistently, and thus see more targets.