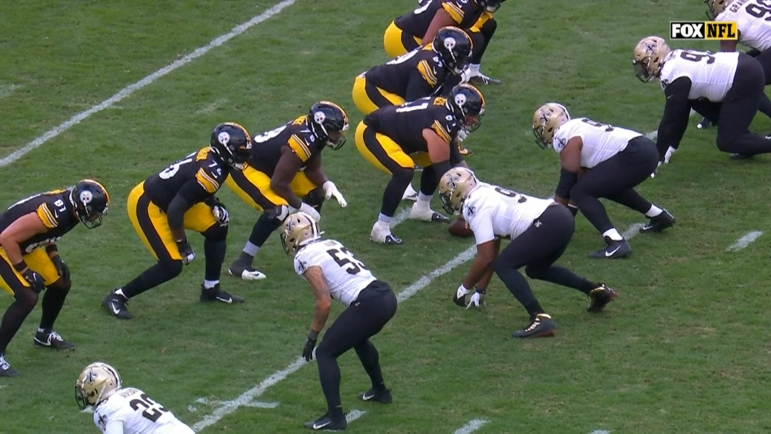 Like a microcosm of the offense as a whole, and certainly not unrelated, the Pittsburgh Steelers’ offensive line has steadily improved over the course of the regular season. It seems on any given week, they can run the ball very effectively, putting up 150-plus yards on the ground, while also keeping quarterback Kenny Pickett on his feet.

Game-to-game consistency is still a work in progress, but given where this group was by public perception back in August, it feels almost night and day. And at least for those in the offensive line room, they don’t even believe they’ve peaked yet.

“I still feel like we’re improving”, guard James Daniels said yesterday via the team’s website. “We had a meeting today and we looked at our last Cleveland game and we just looked at how we could approach the blocks differently from the last game. Just stuff like that. If we take that and we do that on Sunday, we’ll be better than we were last week. So that’s just what we’re doing. We’re trying to improve”.

The Steelers are gearing up for their second game of the season against the Browns, the first of which they lost 29-17. They did not even get the opportunity to run much of their offense, limited to 57 plays and under 24 minutes of possession time—largely because they could not extend drives.

The running game did decently, putting up 102 yards on 22 attempts with two touchdowns. Quarterback Mitch Trubisky went 20-for-32 passing for 207 yards. But the bottom dropped out from under them in the second half. Outside of a promising opening drive that led to nothing, they went three-and-out three times in a row before mustering a field goal. The final possession was an ill-managed desperation lateral with nine seconds to play, needing a touchdown, that ended with a Browns defensive touchdown.

On the flip side is the defense that needs to do better against the Browns this time around. They allowed Cleveland to pick up at least one first down on nearly all of their possessions, with only the final two of the game lasting under two minutes, three drives lasting five-plus.

A lot has changed since then, of course, all the way back in Week 3, and on both sides of the ball. For one thing, T.J. Watt is back terrorizing quarterbacks. For another, the Steelers have a different quarterback in rookie Kenny Pickett.

And the run game has become considerably more prominent as it’s gained in efficiency, a credit both to Najee Harris and to the offensive line, as well as to Jaylen Warren. This unit does have the talent to continue to get better, including in the trenches—though that doesn’t mean they shouldn’t try to add talent there this offseason where it makes sense.