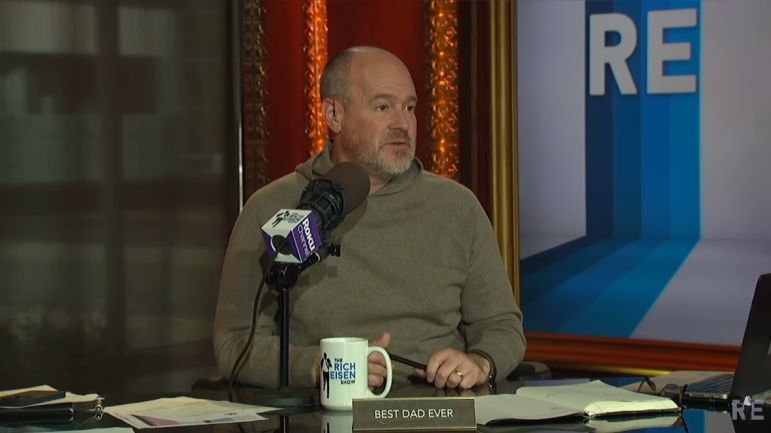 Although the Pittsburgh Steelers failed to make the playoffs, they finished the season on a high note winning seven of their last nine games. This was due to a shutdown defense, a great rushing attack, and timely quarterback play.

Because of the Steelers’ improvements down the stretch, a lot of people believe the Steelers’ future is very bright. One person, in particular, is Rich Eisen, who on his show the other day had a segment on YouTube which non-playoff teams to “buy stock in.” Eisen had Pittsburgh at number two.

“Number two on this list is a team that drafted a rookie quarterback, played their rookie quarterback, and showed that he’s got ‘it’,” Eisen said. “And man does he have a connection with a wide receiver [George Pickens] whose coach told me and the rest of the NFL Network crew who was calling their game to ‘get your camera ready’ and we had. And Najee Harris is terrific and they’ve got playmakers on defense, and a coach.”

Eisen continued raving about Mike Tomlin rehashing his discussion from the other week about believing anyone who wants Tomlin fired is “dumb.” On the show Tuesday, Eisen went and explained that the Steelers’ Super Bowl window and playoff contention window wasn’t really open this season and that he just had to teach his young team how to win.

“Sometimes circumstances require the coach to take you to a certain spot. And this year the certain spot was to take a young team and learn how to win.”

Knowing all that, Eisen reached a simple conclusion.

While Tomlin did a lot with the team this year, coaching can only take you so far. You need talent, and it looks like the Steelers got that talent in their past two drafts. Since 2021 the Steelers have drafted quarterback Kenny Pickett, running back Najee Harris, wide receiver George Pickens, and tight end Pat Freiermuth. All of those players figure to contribute heavily within at least the next couple of seasons. As that talent continues to adjust to the NFL and improve, so will the Steelers.

The Pickett-to-Pickens connection was extremely strong in their rookie year, racking up 555 yards, four touchdowns, and a passer rating of 119.5 when the two connected. With the talent the Steelers’ offense has it is only a matter of time until it starts to click.

On the defensive side, Pittsburgh is shut down when they are all healthy. In their last nine games the Steelers only allowed more than 16 points once, and allowing only 16.5 points per game since the bye week. If Pittsburgh is healthy on defense we should expect somewhat similar results to their performance in the back half of the season.

All things considered, Eisen is probably right, buy stock in the Steelers. As long as nothing super unexpected happens this offseason the Steelers figure to be right in the mix for the playoffs once again next season.