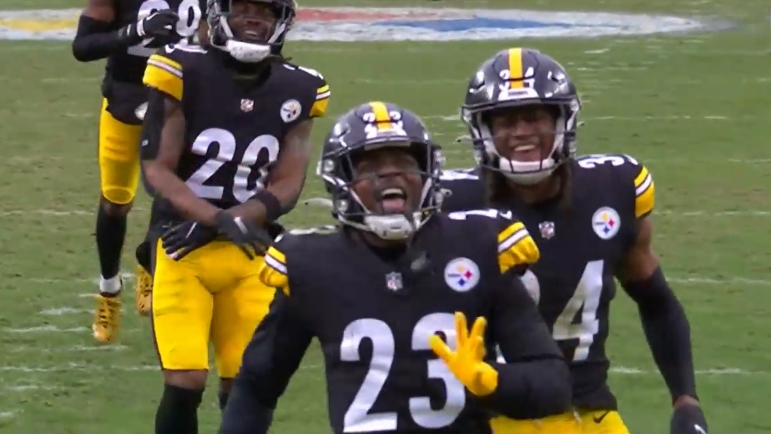 The Pittsburgh Steelers were open to change at the strong safety position a year ago with their former first-round draft pick, Terrell Edmunds, allowed to explore the open market after they passed on his fifth-year option.

While he was in their sights, waiting to see what the market would dictate as his price tag, they were window-shopping alternatives. Names were leaked, and later confirmed, that they’d narrowed their focus to Edmunds, Damontae Kazee, and Tyrann Mathieu.

We know they had interest in the former two, since they signed both. Mathieu himself said that head coach Mike Tomlin called him and expressed interest. That deal, of course, was less realistic, and wouldn’t have come cheap. Edmunds and Kazee did, but what about this go around?

“I hope I come back, but business is business”, Kazee said at the end of the season about his future, via Chris Adamski of the Pittsburgh Tribune-Review. “I can’t hold my head down. Balance the good and bad. I know how to hit (free agency). I know how to get to another team. I have been there and done that. I have been in that position before”.

A former fifth-round pick of the Atlanta Falcons in 2017, Kazee is a six-year veteran with 53 starts to his name. He has also played for three different teams over the past three years, including his final season in Atlanta in 2020 followed by a one-year stint with the Dallas Cowboys in 2021.

Coming off an injury-plagued season that limited him to just four games, Kazee signed cheap with the Cowboys that year despite being a full-time starter and putting up a solid season. An October arrest for a DWI while Dallas was on its bye did not help his market the following year—one of the reasons the Steelers were able to sign him, after the draft, for the league minimum.

He was obviously struggling to find an opportunity, for whatever reasons might have been a factor. An established starter signing to presumably be a backup (the team re-signed Edmunds shortly before the draft) is not exactly a sign of progress.

Yet he says he wants to be back. He could, of course, be back and Edmunds could leave. But Edmunds wants to be back, too, and even joked about bringing his other brother over from the Buffalo Bills, as the youngest sibling, Tremaine, is also a free agent this year.

There was never any indication that there would be an open competition for the starting strong safety job, though Kazee did get some playing time with the starters while Minkah Fitzpatrick was not available in the offseason.

A broken arm at the end of the preseason, however, nearly ended his year with the Steelers before it began. He was able to return after the bye week, playing in nine games, registering 20 tackles and two interceptions in 273 snaps played.