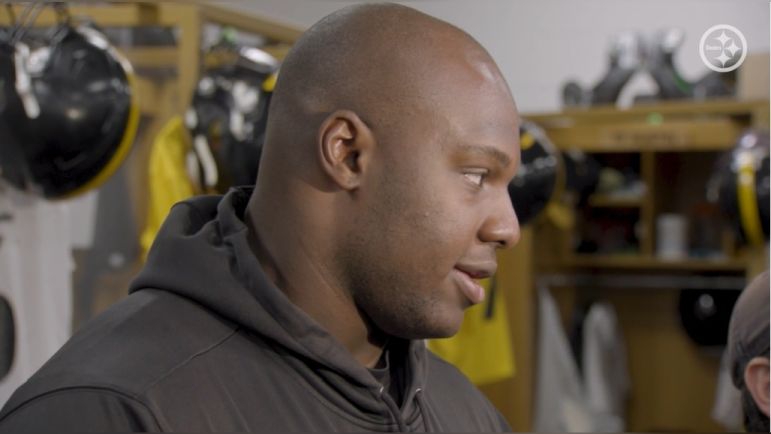 No, it’s not an Anthony Smith “guarantee” to beat the New England Patriots. But Pittsburgh Steelers’ guard James Daniels is confident the Pittsburgh Steelers will end the season on a four-game winning streak. Where their season goes from there is anyone’s guess. Needing help to get into the playoffs, Daniels knows it starts with Pittsburgh getting their own house in order first. Something he expects to happen Sunday afternoon against the Cleveland Browns.

Not in control of their own destiny, the Steelers need three things to happen this weekend. They need to beat the Browns and they need the Miami Dolphins and the New England Patriots to not win, meaning they must lose or tie. In other words, Pittsburgh needs to have a better record than than those other two teams. If they do, the Steelers will make the playoffs as the 7th seed and be slated to play the #2 seed (though that’s potentially up in the air based on how the NFL proceeds). All three games will be played at the same time, 1 PM/EST Sunday, to maximize the competitiveness and meaning.

The Steeler are slight favorites against the Browns this weekend. Both teams will start different quarterbacks compared to their first matchup in Week 3, a game that pitted Jacoby Brissett against Mitch Trubisky. Brissett was replaced once Deshaun Watson’s suspension ended for Week 13 while Trubisky was benched the following week after playing the Browns, replaced by Kenny Pickett at halftime.

The Browns have been officially eliminated from the playoffs and are playing this game looking to spoil Pittsburgh’s season. Their offense has been statistically worse under Watson but it perked up in Sunday’s win against the Washington Commanders, Watson throwing three second half touchdowns to win 24-10. WR Amari Cooper was Watson’s top target, catching two of those scores, and even with Brissett, he torched the Steelers in their Week 3 matchup.

While fans will be doing plenty of scoreboard watching, Daniels will be focused on only one thing. Beating the Browns. If he and the Steelers do that, then he’ll check out the scores from around the league and see if Pittsburgh will have another game to play.