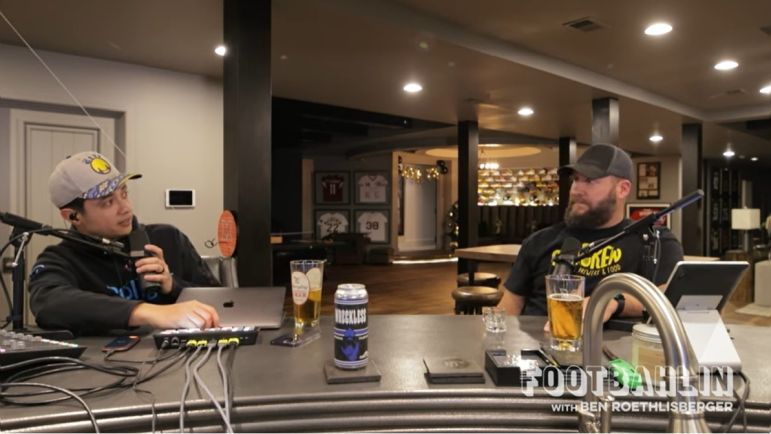 Don’t call it a comeback. But if there’s a man who knows a thing or two about them, it’s Ben Roethlisberger. As a fan for the first time with the rest of us, he’s seen the Pittsburgh Steelers crawl out of a 2-6 and 3-7 hole to have a legitimate shot to make the postseason. They’ll need help to get there, including taking care of business to beat the Cleveland Browns Sunday, but Roethlisberger expects this team to finish the year 9-8. That’s what he said on the latest episode of his Footbahlin podcast.

The Steelers’ offense still isn’t putting big points on the board, 29th in scoring this year, and that hasn’t gotten much better since the bye. Their last two wins have been low-scoring slugfests, 13-10 over the Las Vegas Raiders and 16-13 against the Baltimore Ravens. They’re a “bet the under” kind of team, if you know what I mean.

But the offense has improved in knowing who and what they want to be. They’re possessing the ball, keeping their defense fresh and off the field, all while taking care of it, severely reducing the number of backbreaking turnovers that played a significant role in the team’s terrible start to the season. They’re closing out games and winning late, Kenny Pickett leading back-to-back game-winning drives, the first rookie in NFL history to do so. The Steelers aren’t at the peak yet but they’ve laid a foundation to build off of.

To finish off an improbable playoff push, they’ll need to knock off the Browns this weekend while the Miami Dolphins and New England Patriots can’t win. They must lose or tie. Guessing at the other two games is hard for Roethlisberger to say but he’s confident in Pittsburgh ending the year with a tidy four-game win streak.

“I think they’re going to take care of business against Cleveland and keep that train rolling.”

Pittsburgh opened the week as slight home favorites. The Browns are 7-9 and trying to find their footing with Deshaun Watson back at quarterback, coming off his best game of the year in a three-touchdown performance to beat Washington Sunday. Eliminated from the playoffs, the Browns will try to do what they usually try to do. Play spoiler. And the Steelers will do what they usually try to do. Beat Cleveland in a regular season finale. Since Mike Tomlin took over in 2007, Pittsburgh’s a whopping 8-1 in regular season finales against them.

Check out the latest episode below.