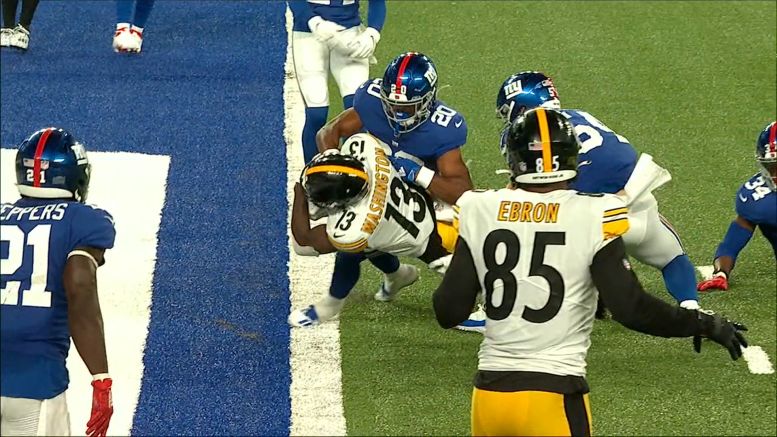 The football career of James Washington will continue in the NFC East, at least for a portion of the offseason ahead of the 2023 league year.

Washington, a former second-round pick of the Pittsburgh Steelers, signed a one-year deal with the Dallas Cowboys in free agency after four years with the black and gold, signed on with the New York Giants’ practice squad Wednesday, according to Giants beat reporter Art Stapleton.

Washington, 26, worked out with the team yesterday. More depth for #NYG at WR as they prep for Sunday's playoff game at the Vikings.

While with Dallas, Washington struggled to get going, suffering a broken foot in training camp that kept him sidelined for much of the 2022 season.

Upon returning to the active roster on December 10, 2022, Washington appeared in just two games with the Cowboys, seeing one target on just 15 offensive snaps. Washington added 13 special teams snaps before being cut on January 4, allowing him an opportunity to catch on with another team before the end of the season.

Washington went unclaimed through waivers, allowing him the opportunity to pick his next destination. That will take him to the Big Apple, where he’ll try and catch on with the Giants under head coach Brian Daboll.

The Giants will play in the NFC playoffs in the Wild Card round against the Minnesota Vikings on Sunday at 4:15 p.m. Once the Giants’ season is over, it’s possible that Washington could remain with the franchise, signing a reserve/futures with the franchise once he becomes a free agent again.