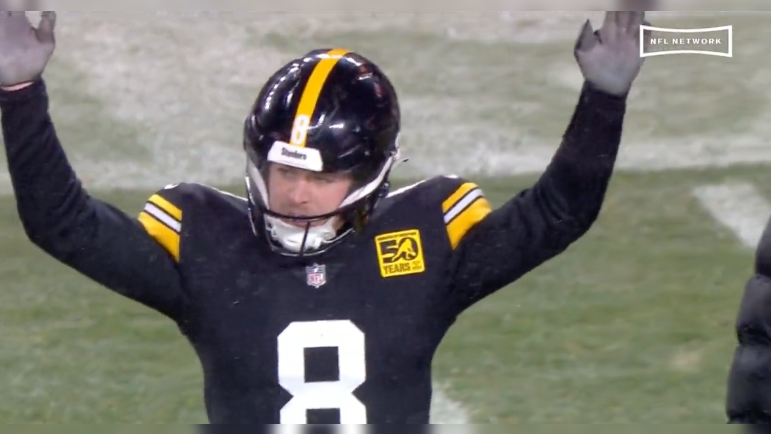 As the season went on, Pittsburgh Steelers rookie quarterback Kenny Pickett improved in a myriad of ways on the field, helping the Steelers go 7-2 to finish out the season after a 2-6 start and finish the year with a 9-8 record. According to tight end Pat Freiermuth on Off The Field with Aditi Kinkhwabala, Pickett wasn’t just getting better on the field, as he improved off the field as a leader as well.

“I think once we started winning games he felt more comfortable to be that voice of leadership and obviously as a rookie, it’s hard to kind of say things because you have older guys on the team. Like, he had Mitch as an example, Mitch was the guy and he felt uncomfortable trying to do his own things when he was in there. But once he became the guy and became more comfortable in that role, he was able to do things that he didn’t want to before, was nervous to do before and those things ended up working out for him,” Freiermuth said.

One of, if not the most important traits a quarterback can have is to be a leader. It’s clear that’s something that Pickett was able to continue to build upon and grow throughout the season. It’s one of the reasons why turning to Pickett early in the season ended up being a good idea. Not only did he get to develop his on-the-field skills and develop into a better quarterback, but he was also able to grow into a leader of men.

Freiermuth’s comment about Pickett not being comfortable leading while Mitch Trubisky was entrenched as the starter is certainly interesting, and while it isn’t something we’ve heard before, it’s not all that surprising. Trubisky is a veteran who’s started before, led a team to the playoffs and had been praised by teammates past and present for his leadership abilities. Despite clearly being the quarterback of the future, it had to be an awkward spot for Pickett as since he wasn’t the starter, it was hard for him to really put his stamp on the team and be the leader that a quarterback needs to be.

As the year went on though and it really became Pickett’s team, he was able to take over and command the respect of the rest of the team and grow into that role. It’s no surprise that Pickett’s growth as a leader overlapped with the team going on a winning streak and the rookie quarterback playing some of his best football of the season, and that leadership trait is something that I’m sure the Steelers would love to see Pickett further lean into and develop as they groom him to be the team’s franchise quarterback.